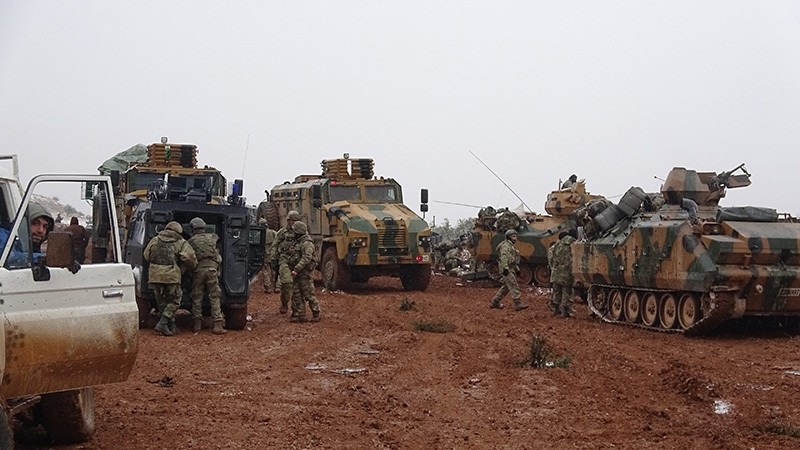 The Turkish military has killed 34 Daesh terrorists and has hit 166 targets belonging to the terror group in northern Syria as part of the 133rd day of Operation Euphrates Shield, Turkish Armed Forces (TSK) announced on Sunday.

One landmine and 23 improvised explosive devices have been defused during the operation on the same day.

The Turkish military has killed Abu Ansari and Abu Husseini Tunis, two senior Daesh leaders, along with more than 100 Daesh terrorists in the past three days.

The Turkish military is supporting FSA fighters in liberating al-Bab, a strategic city, from the Daesh terrorist group. Saturday marked the 133rd day since the city was surrounded in order to liberate it.

The maneuver is part of the Turkish-led Operation Euphrates Shield, which began in late August to improve security, support coalition forces and eliminate the terror threat along Turkey's border using FSA fighters backed by artillery and jets.