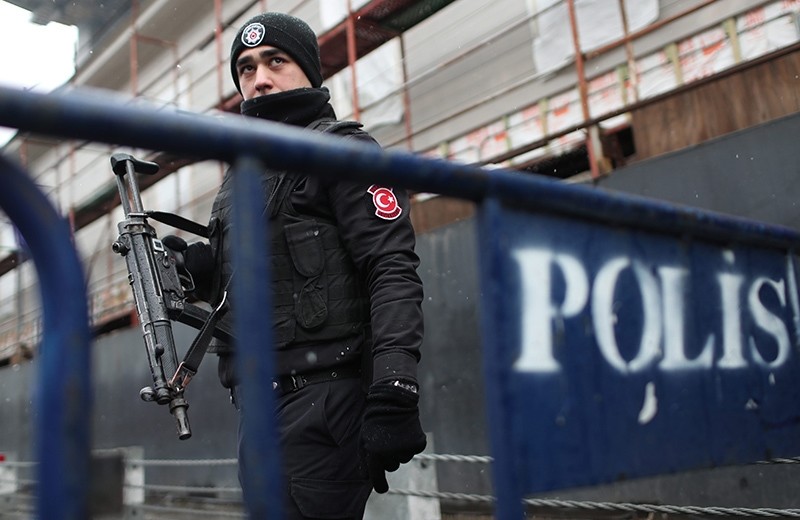 An armed Turkish riot policeman stands guard nearby the site following a gun attack by Daesh on Reina, a popular night club in Istanbul near by the Bosporus, in Istanbul, Jan. 1, 2017. (EPA Photo)
by Daily Sabah with AP Jan 02, 2017 12:00 am
Police have detained eight suspects on Monday over the deadly Daesh terror attack in Istanbul nightclub, which killed 39 on New Year's.

Turkey's Interior Ministry says that dozens of people have been detained in the past week over suspected ties to Daesh.

In a statement released Monday, the ministry said 147 people were detained after authorities determined "they were in contact with the Daesh terrorist organization".

Of the detained, 25 people have been formally put under arrest.

The perpetrator of the terrorist attack is still at large and the police is conducting extensive search to find him.

Daesh terrorists claimed responsibility for the attack on Monday.