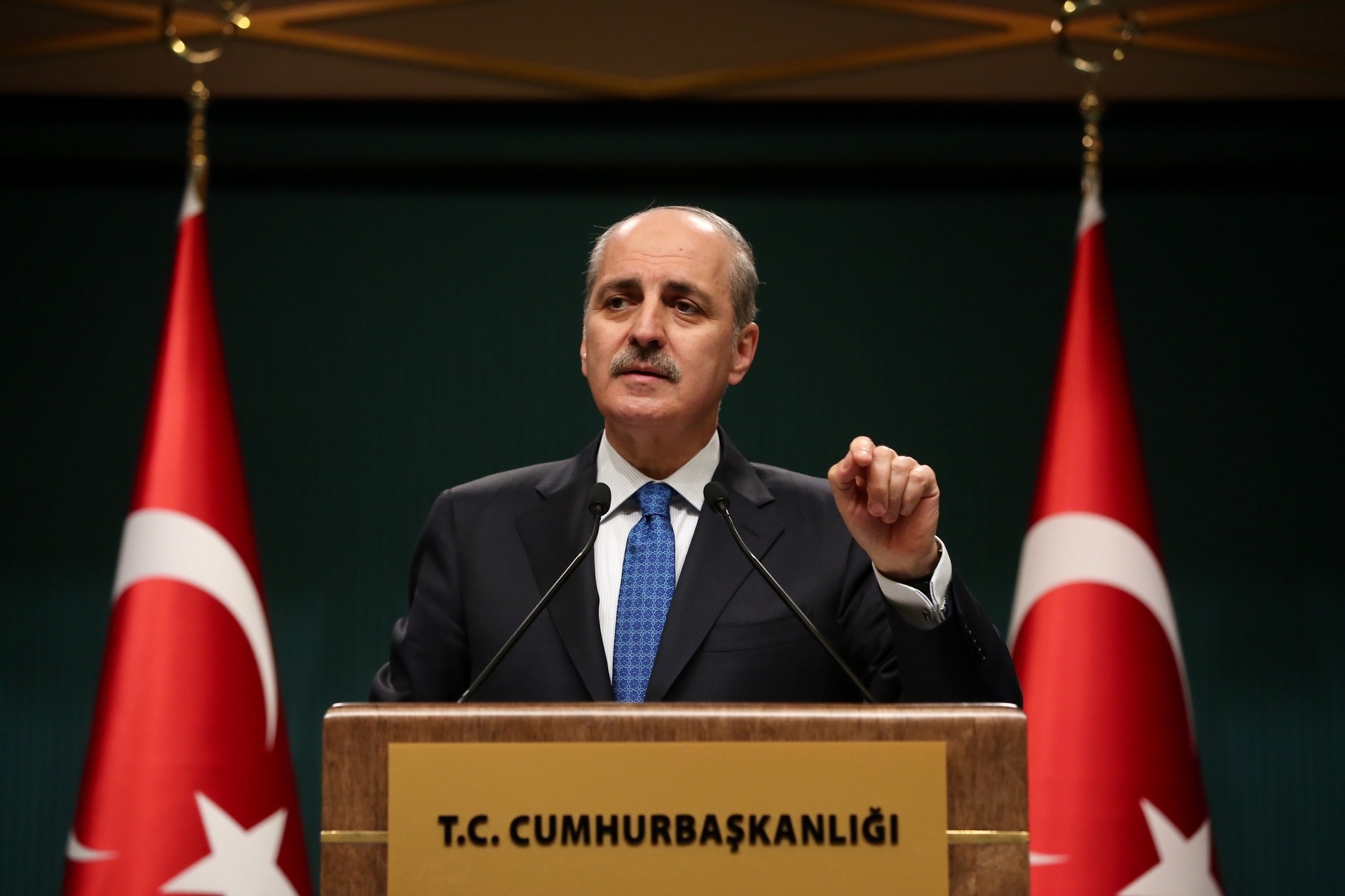 Deputy Prime Minister Numan Kurtulmuş said Monday that the terror attack on a nightclub in Istanbul in the early hours of 2017 was a message from Daesh that they intend to continue to be a "scourge" against Turkey in the new year. He said the attack was intended as retaliation to Turkey's "successful and determined" military operation against Daesh in Syria.

Kurtulmuş told reporters after a cabinet meeting in Ankara that it was clear that Turkey's military incursion into Syria, launched in August, had annoyed terror groups and those behind them, but said the offensive would continue until all threats to Turkey were removed.

He vowed that Turkey will go on with its cross-border operations as far as it can go - into Jarabulus, al-Bab, Manbij - until terror no longer posed a threat.

His remarks came after a New Year's nightclub attack in Istanbul's Ortaköy district that killed 39 people and left another 69 wounded, according to officials.

Kurtulmuş also confirmed that eight people had been detained in connection with the attack, adding that security forces were still working to identify the attacker, who remains at large. He said a "sensitive" investigation was underway.

"Information about the fingerprints and basic appearance of the terrorist have been found. In the process after this, work to identify him will swiftly be carried out," he said.


'Hate speech, provocation will not be tolerated'

However, Kurtulmuş pointed out that Sunday's attack bore significant differences to previous attacks in Turkey and that it had been carried out to create divisions within Turkish society.

The deadly attack also aimed at religious differences, he said, adding "but terror has no religion or conscience."

"The Istanbul nightclub attack attempted to target the Turkish nation over differences in religious belief; but our nation knows that terror has no religion, belief, mind and conscience," he said.

The Deputy PM also warned that the government has been tracking down provocative social media accounts that are inciting hatred among the public, supporting terrorism and conducting propaganda in favor of terror groups.

"We will not sit back and watch a few internet trolls set our people against each other. Those who share divisive, hateful comments as provocation will be persecuted," he said.

"Provocative internet posters after the nightclub attack will face legal challenges," said Kurtulmuş, noting that investigations have been launched into 374 such social media accounts.

He further called on the international community to stand beside Turkey in its fight against terrorism.

"The International community should give up on their double standards on terrorists," he added.

Daesh-linked Aamaq News Agency said the NYE attack was carried out by a "heroic soldier of the caliphate" who attacked the nightclub "where Christians were celebrating their pagan feast."

The Daesh statement said that the man fired an automatic rifle and also detonated hand grenades in "revenge for God's religion and in response to the orders" of Daesh leader Abu Bakr al-Baghdadi.

The group described Turkey as "the servant of the cross" and also suggested it was in retaliation for Turkish military offensives against Daesh in Syria and Iraq.

"We let infidel Turkey know that the blood of Muslims that is being shed by its airstrikes and artillery shelling will turn into fire on its territories," the statement said.

Twelve Turks were killed in the attack alongside 27 foreigners, including one Belgian-Turkish dual national. Sixty-five people were wounded.

The foreigners who died - most of them from Arab countries and including Muslims - had come to the club to celebrate a special night in style.

The mass shooting followed more than 30 violent acts over the past year in Turkey, which is a member of the NATO alliance and a partner in the U.S.-led coalition fighting against Daesh in Syria and Iraq.

The country suffered multiple bombings in 2016, including three in Istanbul by Daesh, a failed coup attempt by the Gülenist Terror Group (FETÖ) in July and multiple attacks by the PKK.

Daesh claims to have cells in the country. Analysts say the terrorists were behind suicide bombings last January and March that targeted tourists on Istanbul's iconic Istiklal Street as well as the attack at Atatürk Airport in June, which killed 45 people.

In August, Turkey sent troops and tanks into northern Syria, to clear a border area from Daesh and also curb the territorial advances of the PKK's Syrian wing the PYD and its armed wing the YPG in the region. The incursion followed a Daesh suicide attack on an outdoor Kurdish wedding party in the city of Gaziantep, near the border with Syria, that killed more than 50 people.

Last week, Turkey and Russia brokered a cease-fire for Syria that excludes Daesh and other groups considered to be terrorist organizations.

On Monday, Anadolu said more than 100 Daesh targets in Syria have been hit by Turkey and Russia in separate operations.