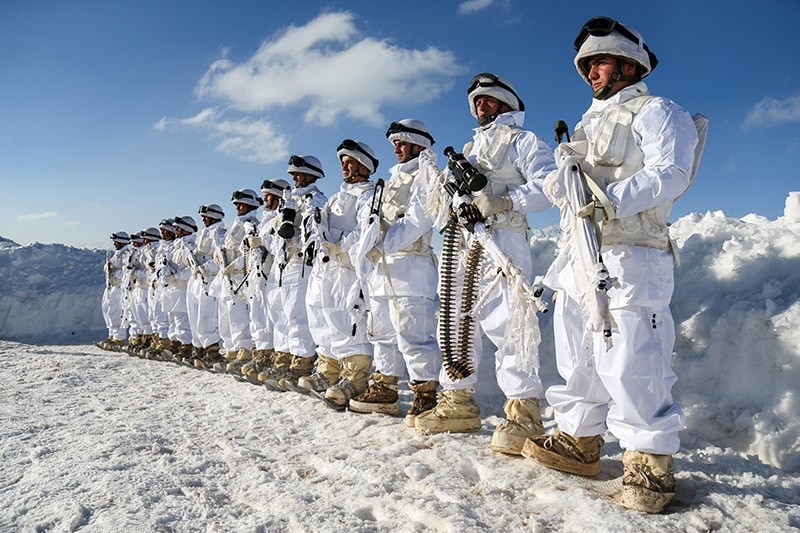 Anti-terror operations carried out by Turkish security throughout December 2016 left 110 PKK terrorists dead, while 42 militants were captured and 18 others surrendered.

55 security forces members and 10 civilians were killed by terrorists during the same period of time.

A total of 1,146 suspects were detained in operations against the PKK terror group and its youth wing in December 2016.

604 of the detained suspects were remanded in custody, including executives and mayors of the People's Democratic Party (HDP) and Democratic Regions Party (DBP), who always refused to distance themselves with the terrorist PKK.

The twin bombings carried out by suicide bombers in Istanbul's Maçka Park on Dec. 10, which killed 45 people, and the car bomb attack hitting a public bus carrying off-duty soldiers in the central Anatolian province of Kayseri, which killed 14 soldiers on Dec. 17, were the major PKK terror attacks in December 2016.