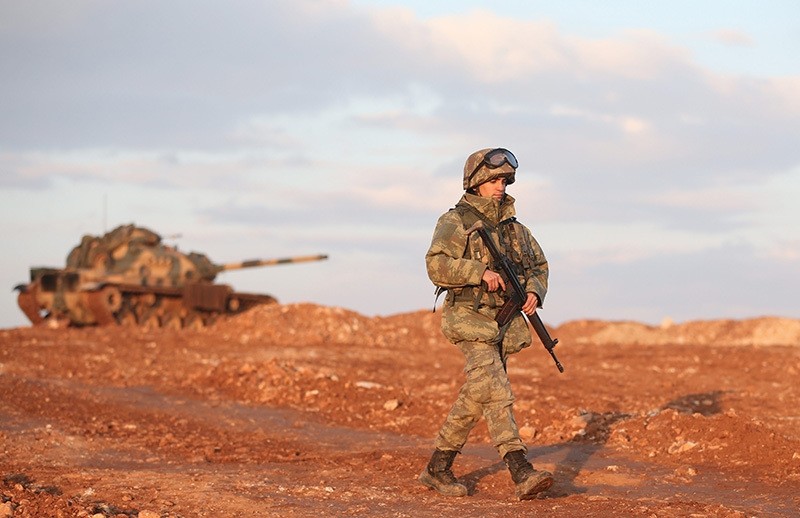 Turkey's Operation Euphrates Shield is continuing at full steam in Syria, and the Turkish Armed Forces (TSK) hit 104 Daesh targets, killing six terrorists in and around the significant Syrian town of al-Bab.

The Turkish army is supporting FSA fighters in liberating what is a strategic city for Daesh from the terrorist group. Wednesday marks the 134th day since the city was surrounded in order to be liberated.

There has been a recent twist in the al-Bab operation after Russian air forces conducted airstrikes against Daesh targets in and around the area. Russian backing came after Turkey's repeated warnings to the U.S.-led coalition to carry out airstrikes so as to boost the fight.

Turkey's al-Bab offensive, in cooperation with the FSA, has been going slowly due to concerns that civilians may be hurt. Previously, Turkish air forces dropped leaflets onto the town, saying all those who want to see their hometown liberated from Daesh terrorists should leave it in order to not get hurt in the anti-Daesh fight.

The operation is part of the Turkish-led Operation Euphrates Shield, which began in late August to improve security, support coalition forces, and eliminate the terror threat along Turkey's border using FSA fighters backed by Turkish artillery and jets.

The ultimate goal as part of Operation Euphrates Shield, according to Ankara authorities, is to create a 5,000-square-kilometer terror-free zone within Syria. At the beginning of the operation, Turkey secured its southern border, a 98-kilometer line between Azaz and Jarablus.