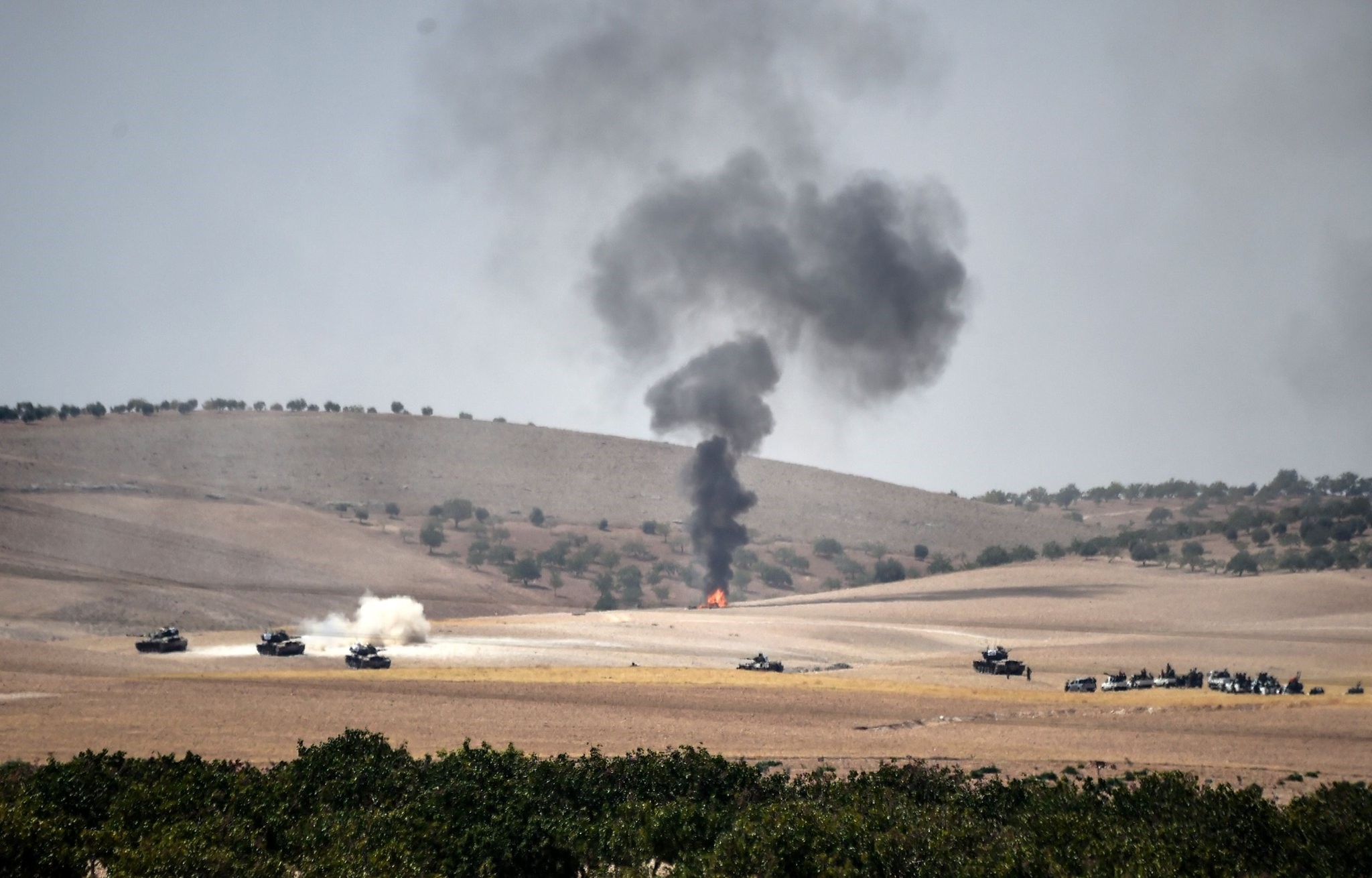 Turkish airstrikes killed a total of 37 Daesh terrorists, including 3 senior members al-Bab in northern Syria, the military said in a statement on Saturday.

Also, 35 Daesh targets, including the terror group's shelters, headquarters, defense positions and vehicles had been destroyed as a result of Turkish fire, the statement said.

Meanwhile one Turkish soldier was killed during the operations.

The Turkish army is supporting FSA fighters in liberating Al-Bab, a strategic city for Daesh, from the terrorist group. Saturday marks the 137th day since the city was surrounded in order to liberate it.

The statement also said 43 mines and 2,794 improvised explosives had been defused since the start of the operation on Aug. 24.