No US action toward Gülen extradition, arrest despite evidence: Justice Ministry 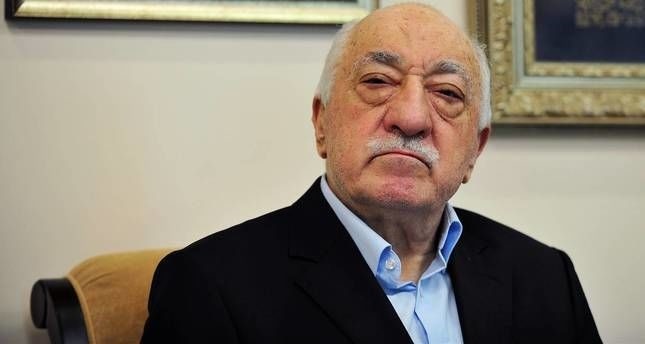 by daily sabah
Jan 09, 2017 12:00 am
Though Turkey's Justice Ministry sent four different comprehensive files on Fetullah Gülen, the U.S.-based leader of the Gülenist Terror Group (FETÖ), following the failed July 15 bloody coup attempt, according to Turkish Justice Ministry officials, the U.S. Department of Justice has yet to take any action toward the extradition of the terror leader or even a temporary arrest. Turkey officially submitted evidence to the U.S. back in October 2016 regarding Gülen's network that formed a quasi-state within the Turkish state and attempted to topple the government ultimately with the intent to take over the state via a vicious coup.

Turkey's Justice Minister Bekir Bozdağ even traveled to the U.S. and met with his U.S. counterpart Attorney General Loretta Lynch, on Oct. 26th, in efforts to expedite Gülen's extradition. However, despite President Recep Tayyip Erdoğan and Justice Minister Bozdağ's determined efforts, the U.S. government has chosen to remain idle and take no action against the U.S.-based terror leader. According to the Turkish Justice Ministry officials, the U.S. Department of Justice neither made assessments nor conveyed the comprehensive files, including sensitive evidence on Gülen's terror network, to the U.S. court for review.

Since the requests of the extradition and temporary arrest can only be decided on following the U.S. court reviewing the files, the U.S. Department of Justice decision to not send them to the court is expected to cause further distress in U.S.-Turkey relations under the current Obama administration. Under normal circumstances, U.S.-based terror leader Gülen should have already been arrested, since Turkish authorities issued an official request for his extradition on Sept. 13 under a 1979 treaty between Turkey and the U.S. On that note, Ankara now expects the Trump administration to work closely with Turkey toward Gülen's detention and his ultimate extradition following a tiff with the Obama administration over several issues, such as cracking down on the presence of FETÖ in the U.S.

Additionally, Russia is convinced that FETÖ was behind the assassination and may consider requesting the extradition of FETÖ leader Gülen, after the completion of the investigation. "The Russians are convinced that FETÖ was behind the assassination of Ambassador Andrey Karlov. The Russian side is also likely to start the process of extraditing Gülen from the U.S," a high level source in the Turkish Presidency has said.
Last Update: Jan 09, 2017 1:18 pm