Turkey under heavy terror attacks as it grows stronger 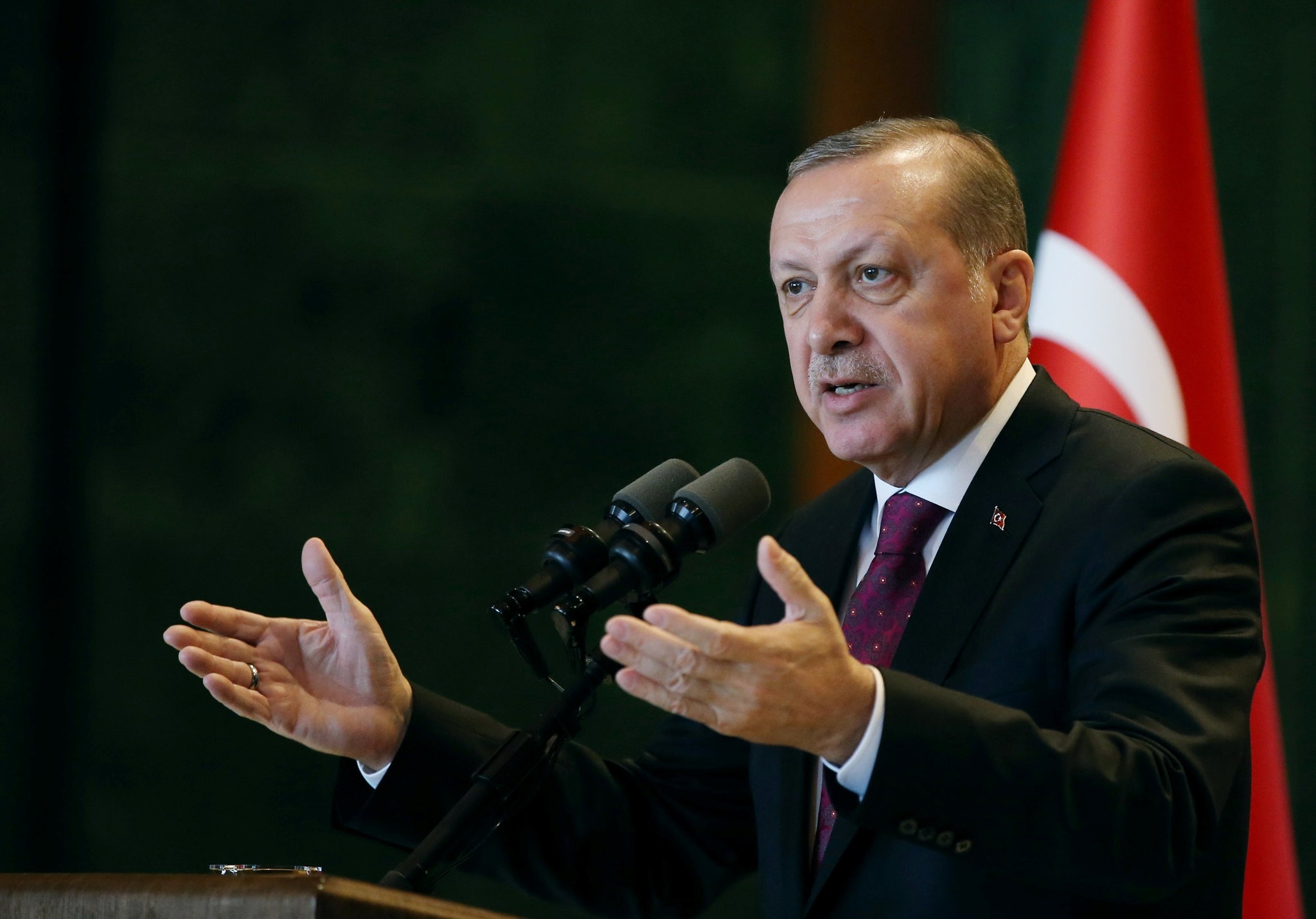 President Erdoğan said that the recently increasing terror attacks across the country aim to suppress Turkey's increasing power, stressing that the unity of the Turkish people is vital in overcoming terrorism as Turkey's allies ignore the country's fight against terrorism

Ankara repeated its determination in the fight against terrorism as President Recep Tayyip Erdoğan reiterated the importance of maintaining solidarity and stability in Turkey as the country continues to be exposed to attacks by several terrorist organizations. President Erdoğan acknowledged that Turkey is under heavy attack from terrorists both inside and outside its borders, stressing that Turkey is being targeted not because it is a weak country but due to its increasing power in the region.

Speaking at the district governor's meeting held at the Beştepe Presidential Complex in Ankara yesterday, the president said that maintaining Turkey's internal stability remains the first priority for success in fighting terrorism abroad.

"If we cannot maintain peace, security and welfare inside our borders, our words and rhetoric will not have any value outside of our borders.

Even though Turkey was exposed numerous terror attacks in 2016, committed by several terrorist organizations including Daesh, the PKK and its splinter group, the Kurdistan Freedom Falcons (TAK), many other attacks were also prevented by Turkish intelligence and police forces. While the country fell victim to 18 major terror attacks in 2016, most of which were carried out by the PKK, more than 200 attacks were intercepted, according to Turkey's Interior Ministry, while Interior Minister Süleyman Soylu informed parliamentary deputies that 5,826 counterterrorism operations were conducted in the last three months alone.

In addition to its fight against the PKK and Daesh, Turkey has simultaneously put forward a strong fight against the Revolutionary People's Liberation Party-Front (DHKP-C), as well as the Gülenist Terror Group (FETÖ) which perpetrated the bloody July 15 coup attempt.

Erdoğan also touched on the fight against Daesh, implicitly criticizing the U.S. for refusing to provide assistance to Turkish troops in their fight in al-Bab against the terrorist organization. The president noted: "We are witnessing some countries, which previously put the counter-Daesh fight at the fore, position themselves in a nearly protective position aside Daesh," Erdoğan said.

Turkey launched Operation Euphrates Shield in Aug. 24, 2016, with the Free Syrian Army (FSA) in northern Syria to clear its borders of Daesh and is now aiming to clear al-Bab of the terrorist organization and form a terror-free zone across 5,000 square kilometers of land, comprising of the towns of al-Bab, al-Rai, Azaz, Jarablus and Manbij. Despite Ankara being a NATO ally of the U.S., Washington has been very reluctant to back Turkey militarily in the area due to conflict of interests with its partner on the ground; namely, the PYD's armed wing, the People's Protection Units (YPG).

The president also drew attention to this situation by saying that Turkey has been left alone in its fight against terrorism and should be strong enough to be able to carry out this fight alone.

"The matters of alliance, good relations, solidarity and cooperation are reciprocated if you are strong, otherwise, they consist merely of empty words. For that reason, we should be strong enough as a country and an administration."

The president also underscored the importance of the fight against FETÖ during his speech, saying that clearing members of terrorist groups out of state institutions is as important as neutralizing armed terrorists, noting, "Because without their internal support, others cannot find room to move."

FETÖ attempted to stage a coup to topple the democratically elected president and government of Turkey on July 15 last year. The attempt was thwarted by military troops loyal to the government, along with police units and millions of Turkish citizens in favor of democracy. In total, 248 people, mostly civilians, were killed by pro-coup soldiers, while over 2,000 people were injured.

Meanwhile, speaking at the 9th Ambassadors Conference of the Turkish Foreign Ministry, Prime Minister Binali Yıldırım said that Turkey has been exerting immense efforts to maintain stability in the region, saying: "Our government has taken an active role in stopping the bloodshed in Syria and sealing a cease-fire agreement with the joint efforts of Iran and Russia. It's just a single step but we achieved it even if it was late. From this point on, we are headed down the road toward reaching a political solution," he said.
Last Update: Jan 11, 2017 4:50 pm
RELATED TOPICS