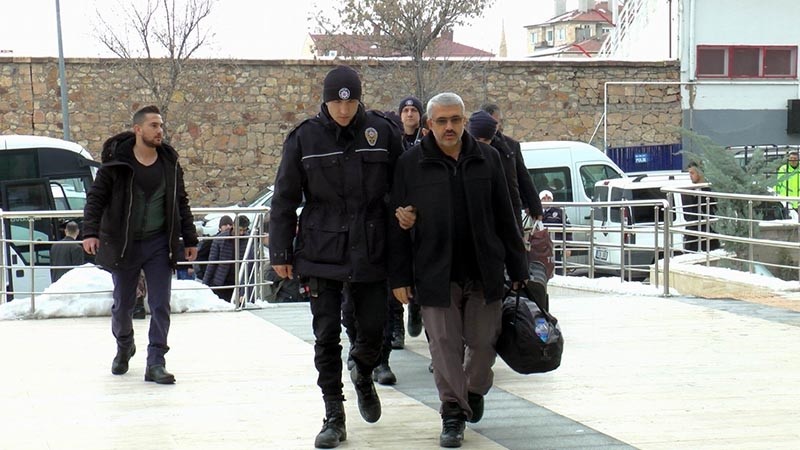 The suspects were being sought on specific accusations they were using ByLock, a secret smartphone messaging app the government says was used by the Gülenist Terror Group (FETÖ), said judicial sources who spoke on condition of anonymity.

FETÖ, led by U.S.-based fugitive imam Fetullah Gülen, has been accused of orchestrating a failed coup attempt on July 15, 2016.

Following Tuesday's decision, the Istanbul Police Department's Counter-Terrorism Units launched operations across 54 provinces and detained some of the suspects, said the sources.

In an earlier decision, the public prosecutor's office also issued arrest warrants for 575 military personnel on the same allegations. Just over 350 of these suspects were detained by police.

Testimonies from Gülenists in the bureaucracy detained after the July 15 putsch attempt point out the prevalence of the use of apps. Prosecutors say Bylock was popular among Gülenists for secretive communications between 2013 and 2015, and after 2015, the terror cult turned to Eagle IM, which offers "256-bit end-to-end AES encryption" for its users, according to the description on the app at the Google Play Store. The members of the terror group used this communication app to keep in touch with each other for their activities, particularly in the attempted coup in July 15.

Users who work as civil servants and bureaucrats are now being investigated for their possible links to FETÖ. Several suspects linked to the terror group have already confessed to using Bylock.

The government accuses the FETÖ terror network of staging the coup attempt as well as being behind a long-running campaign to overthrow the state through the infiltration of Turkish institutions, particularly the military, police and judiciary.

Since the failed coup attempt, operations have been ongoing in the military, police and judiciary, as well as in state institutions across the country, to arrest suspects with alleged links to FETÖ.