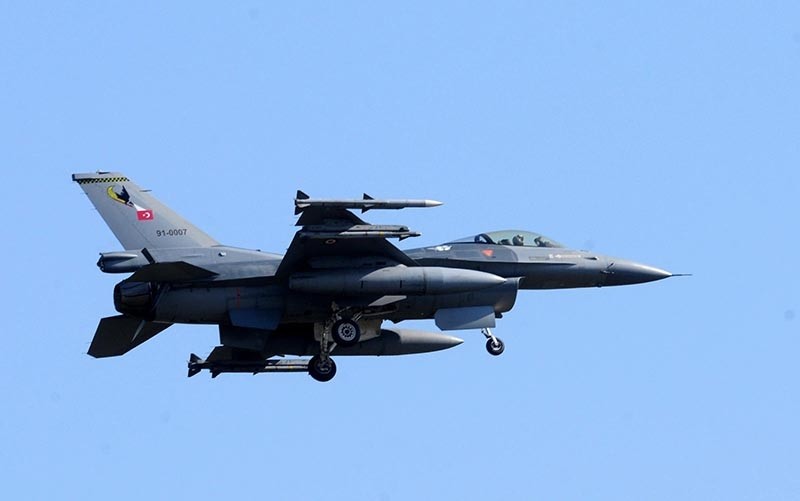 The Turkish military said that Russian warplanes had carried out air strikes on Tuesday on Daesh targets south of Syria's al-Bab in coordination with Turkey.

Lieutenant-General Sergei Rudskoi of the military's General Staff said nine Russian warplanes and eight Turkish jets have taken part in the strikes on the outskirts of al-Bab in the province of Aleppo.

Rudskoi's statement on Wednesday was the first acknowledgement of the Russian strikes in support of the Turkish offensive on al-Bab. He said that "36 targets" had been destroyed. He said Syrian authorities had agreed to the operation that he hailed as "highly effective."

Rudskoi said the Russian air force was also providing air support to the Assad regime troops who he said were trying to fight off a Daesh assault around the town of Deir al-Zor.

Russian jets were also backing Assad forces offensive near the town of Palmyra, he said, where he warned Daesh terrorists might be planning to blow up more of the ancient city's historical monuments.

Both countries have signed a memorandum to coordinate their air operations against terrorist targets in Syria, Russian Defense Ministry and Turkish military sources said last week.

Russia has been carrying out airstrikes on Daesh positions in Syria's al-Bab since late December under the auspices of Turkey's Operation Euphrates Shield, which was launched with the Free Syrian Army (FSA) on Aug. 24 to clear terrorists from the Turkish-Syrian border.

Russia, Turkey and Iran are organizing Syria peace talks that begin in the Kazakh capital Astana on Monday in a bid to bolster a frail truce brokered by Moscow and Ankara last month.

The truce went into effect on December 30 and has brought calm to much of Syria, although fighting persists in some regions.

The ceasefire excludes Daesh and its rival the Fateh al-Sham Front, which changed its name from Al-Nusra Front after breaking ties with Al-Qaeda last year.