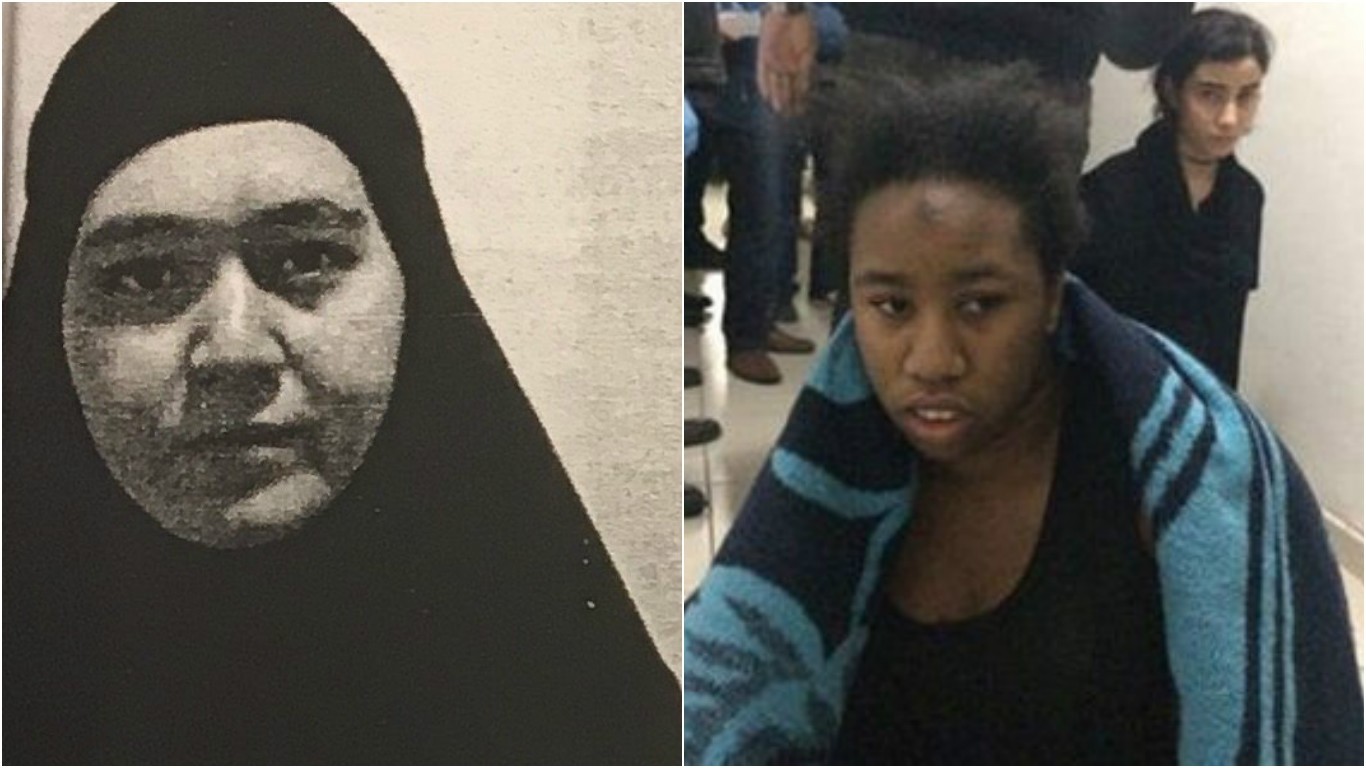 A combined photo of the wife of Reina attacker's wife F.A. (L) and 27-year-old Senegalese woman Dina A. who was detained while staying with Daesh terrorist Abdulkadir Masharipov (R).
by daily sabah
Jan 19, 2017 12:00 am

The wife of Abdulgadir Masharipov, who massacred 39 people in a popular upscale Istanbul nightclub Reina on New Year's Eve in the name of the Daesh terrorist group, played an important role in the capture of the terrorist on Tuesday, Turkish media reported.

Masharipov's wife F.A., identified only by her initials, was staying in a flat in Istanbul's Başakşehir district with her husband and their two children. On January 6, six days after the attack, the terrorist group ordered Masharipov to move into a different apartment while transferring his family to a separate one. Masharipov followed the group's orders and took his 4-year-old son with him despite F.A.'s objections.

According to sources, days after her separation from her husband and son, F.A. was informed by other terrorist group members that Masharipov got married to another woman, 27-year-old Senegalese woman Dina A., who was also apprehended in the same house with the Reina attacker. On January 11, shortly after learning about Masharipov's second marriage, F.A. was detained by Turkish security officials in an apartment in Istanbul, Pendik.

During her interrogation, F.A. gave valuable information to the Turkish police, including that her husband was staying in a Daesh cell in the district of Esenyurt in the city. Istanbul Governor Vasip Şahin said that the information received from F.A. was used effectively to capture the terrorist.

Masharipov is currently being held in solitary confinement in the heavily-guarded police headquarters in Istanbul's Vatan Avenue. Security experts say the Reina attack was an unprecedented act of terror by Daesh and capturing Masharipov alive was a great success for the police. Metin Gürcan, a security analyst specialized in studying Daesh, said that the terror group often resorted to suicide bombings or "hit and run" type attacks, and that this is the first time a Daesh perpetrator has been caught alive.