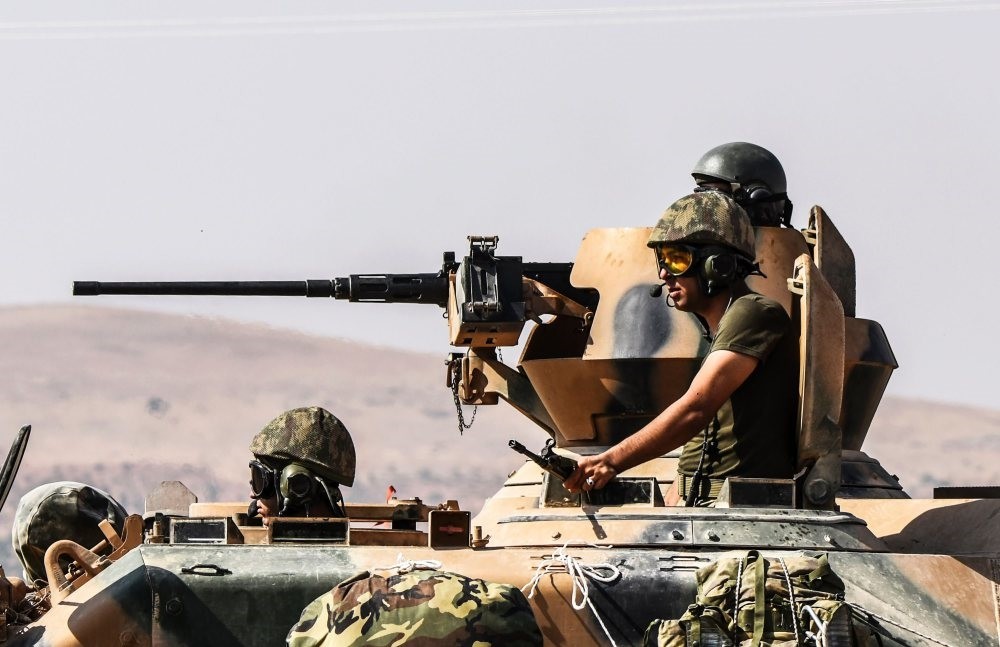 by Daily Sabah Jan 23, 2017 12:00 am
Eleven Daesh terrorists were killed and two wounded in the ongoing Operation Euphrates Shield in northern Syria, according to a Turkish Armed Forces (TSK) statement on Sunday. The statement provided up-to-date information on military developments that took place between Jan. 21, 7 a.m. (GMT 4 a.m.) and Jan. 22, 7 a.m. local time. It revealed that Turkish forces were backing operations by Free Syrian Army (FSA) units that left 11 Daesh terrorists dead and wounded two others.

"[A total of] 165 Daesh terror targets, including hideouts, defensive positions, command control facilities, weapons and vehicles were hit during the day," the release said, referring to the aerial and artillery bombardments.

Meanwhile, the U.S.-led coalition took part in a bombing campaign that targeted the southeastern part of Tadif. The coalition bombardment destroyed a car bomb and artillery used by Daesh. One terrorist was injured in the offensive.

Meanwhile, some 44 improvised explosive devices (IEDs) were destroyed by explosive ordnance teams in a span of 24 hours, adding up to 3,088 since the beginning of the operation, while 43 mines were also detonated.

On Aug. 24, 2016, Turkey declared that is was exercising its rights of self-defense codified under the U.N. Charter Article 51 and launched Operation Euphrates Shield.

A National Security Council press release (Nov. 30, 2016) stated that the operation's objectives were to maintain border security and confront Daesh terrorism within the framework of the U.N. charter. It also emphasized not allowing the PKK terrorist organization along with its affiliates, the Democratic Union Party (PYD) and People's Protection Units (YPG), to establish a corridor of terror on Turkey's doorstep.
RELATED TOPICS