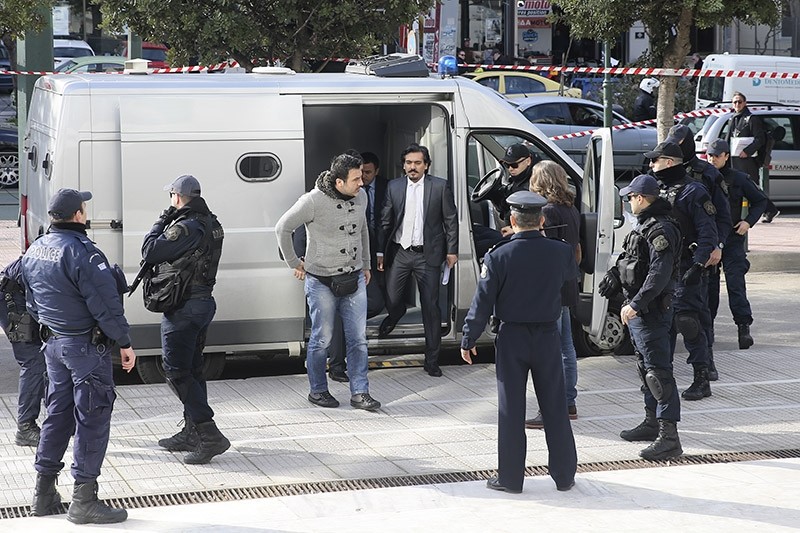 Greece's Supreme Court delayed on Monday an expected verdict on the extradition of eight FETÖ-linked Turkish officers sought by Ankara over the July 15, 2016 coup attempt against the democratically-elected Turkish government.

A military junta loyal to FETÖ carried out a bloody coup attempt in Turkey, killing 248 people and injuring nearly 2,200.

After the failed coup attempt, eight soldiers, including two commanders, four captains and two sergeants, escaped to Greece on a Sikorsky helicopter and landed in Alexandroupolis (Dedeağaç).

Ankara has formally requested from Greece the extradition of the alleged FETÖ members behind the coup attempt.

Earlier in January, the Greek Supreme Court prosecutors had argued against sending the officers back to Turkey.

A justice source said the decision will be announced on Thursday as one of the presiding judges fell ill.

Their applications for asylum in Greece in July were rejected but appeals are currently being processed.

The Greek Supreme Court took over the case after an appeals court last month gave contradictory rulings on the case.

In three separate hearings under different judges, the appeals court elected to protect five of the officers but ordered the other three to be sent back.

Should the Supreme Court block Turkey's extradition request, its decision is final.

If the court decides in favour, however, any final decision will rest with Greece's justice minister, who may decide against extradition.