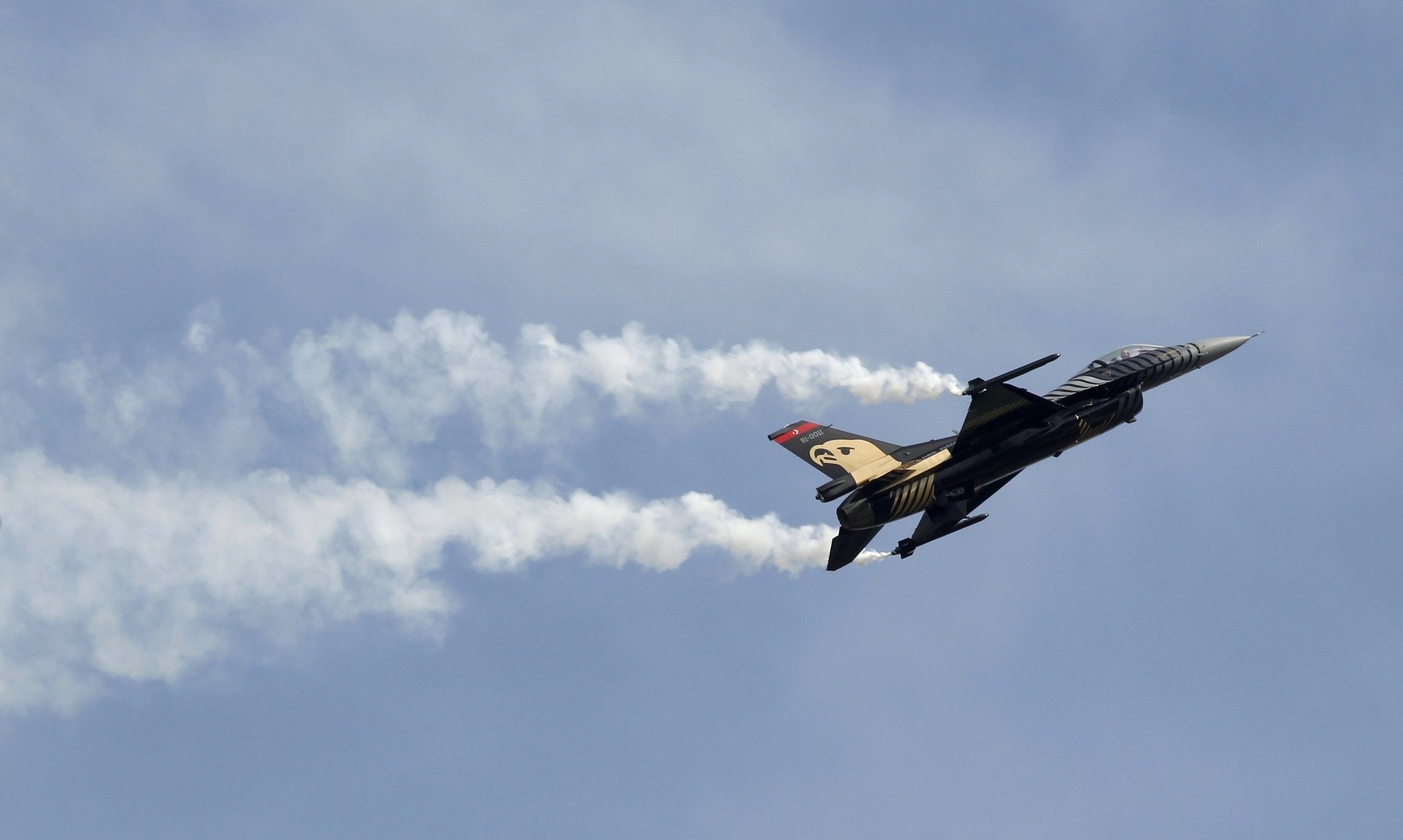 A F-16 Solo Display Team performs over the Akinci Millitary Air Base during an event as part of celebrations of the 100th anniversary of the Turkish Air Force in Ankara April 15, 2011. (REUTERS Photo)
by Daily Sabah Jan 23, 2017 12:00 am

Russian and Turkish air forces have conducted their second joint air operation against the Daesh terrorist group in Syria's al-Bab on Saturday where the two countries' warplanes struck 22 targets.

According to a statement released by the Russian Defense Ministry on Monday, two Russian Su-24Ms and a Su-34 bomber, as well as two of Turkey's F-16s and two F-4s, participated in the airstrikes.

The Turkish army is supporting Free Syrian Army (FSA) fighters in their fight to liberate al-Bab from the terrorist group and as part of an agreement signed recently between Russia and Turkey, Russian jets have also engaged Daesh targets in the al-Bab region.

A total of 107 positions have been shelled as part of Operation Euphrates Shield in northern Syria, the Turkish military said on Tuesday.

Turkey launched Operation Euphrates Shield on Aug. 24, 2016, declaring that is was exercising its right of self-defense codified under the U.N. Charter Article 51.

A National Security Council press release on Nov. 30, 2016 said the operation's objectives were to maintain border security and confront Daesh terrorism within the framework of the U.N. charter. It also emphasized not allowing the PKK terrorist organization along with its affiliates, the Democratic Union Party (PYD) and the People's Protection Units (YPG), to establish a corridor of terror on Turkey's doorstep.