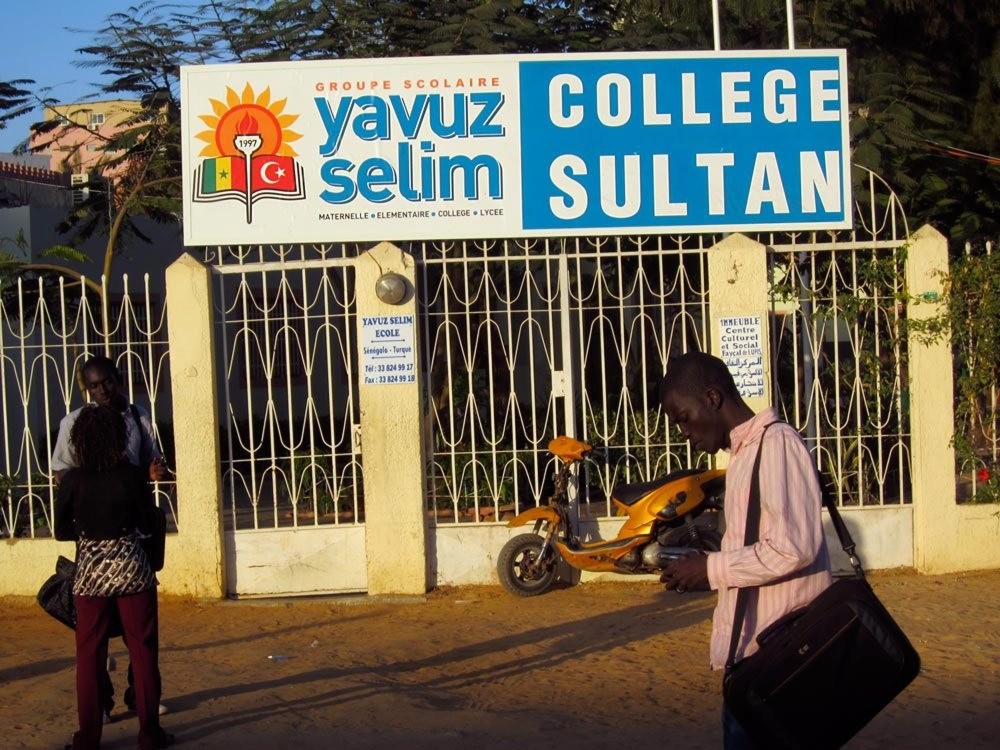 FETu00d6 runs a wide network of schools and institutions across the world. The terrorist group has dozens of schools operating in African countries.
by Daily Sabah with Agencies Jan 24, 2017 12:00 am

FETÖ runs an extensive network of schools and institutions in Africa, which, according to Ankara, have a hidden agenda of infiltrating state institutions and gaining influence over state authorities. Therefore, Turkey advises African countries eradicate the FETÖ threat

Giving orders from his lavish compound in Pennsylvania, the fugitive leader of the Gülenist Terror Group (FETÖ), Fetullah Gülen, runs a wide network of schools and other institutions in Africa and many other countries in the world, but with some hidden agendas. FETÖ, infamous for its infiltration of Turkish state institutions, military, police department and judiciary to serve its leader Gülen, attempted to stage a coup in Turkey on July 15, 2016, but was remarkably thwarted by the Turkish people.

Aware of the threat FETÖ poses to Africa, Turkey has been trying to replace FETÖ-run schools in the continent with Turkish state-sponsored schools, with the efforts of the "Maarif" (Education) Foundation.

The foundation has been tasked to take over FETÖ-run schools, and has done so in Guinea, Niger, and Somalia. It has also signed memorandums of understanding with the governments of Chad, Burkina Faso, Sudan, Senegal, Gabon, and Mauritania, making it the only institution authorized to open schools abroad on Turkey's behalf.

Meanwhile, President Recep Tayyip Erdoğan has also been paid special importance on eradicating the FETÖ threat in Africa. He had previously paid three visits to African countries, and is currently on another tour of the continent.

As part of President Erdoğan's state visits to Tanzania, Madagascar, and Mozambique, Turkish officials will meet local officials and urge actions against the FETÖ-run schools. Erdoğan will visit Mozambique on Jan. 23-24 and Madagascar on Jan. 24-25.

"The growing cooperation between Turkey and Africa shows that much can be accomplished by genuinely engaging our partners and finding solutions that serve the interests of both sides," Erdoğan said last June. In Tanzania, for instance, FETÖ runs 11 schools which have more than 3,000 students, with just over half of them being Muslim.

As Ankara seeks to take over these schools in Africa, Sudan asserted that it hoped to benefit from Turkish investment and know-how, in the wake of the U.S. easing sanctions against the east African nation, the country's ambassador to Ankara said. "Relations between Sudan and Turkey have always been excellent. There are political consultations and cooperation, according to the legal framework between the two foreign ministers," he added.

Ankara believes that the FETÖ infiltrates state institutions and educates children of local authorities in different countries it operates, to exert influence over them. The Turkish state has warned that FETÖ could carry out activities similar to the July 15 coup attempt in the African countries, if its institutions and schools were not shut down. The terrorist group is known for its network of hundreds of schools around the world. So far, more than 80 FETÖ organizations operating abroad, including schools and training centers, have been shut down or transferred to the Turkish government.
RELATED TOPICS