Turkey-Syria border wall completed by half 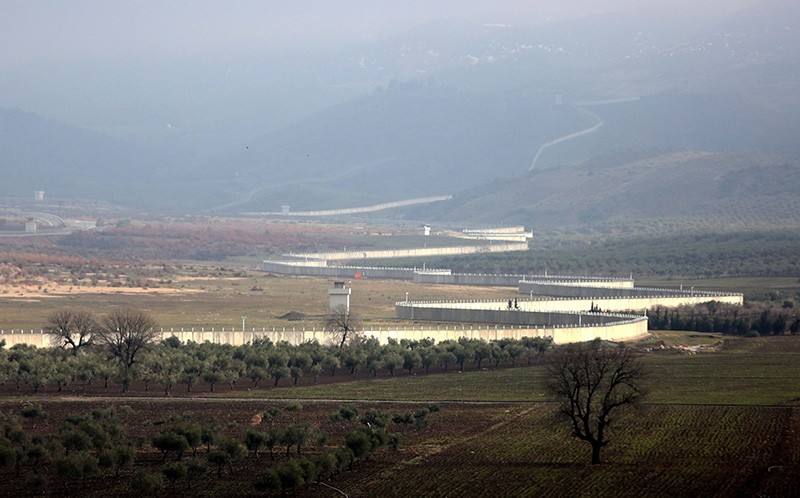 More than half of construction of a concrete wall along the Turkish-Syrian border was completed, said the head of Turkey's housing agency.

Ergün Turan, the president of Turkey's state-owned housing agency TOKI, said half of the 511 kilometer-long Syrian border wall has been completed.

Turan said so far the construction of 290 kilometers of the wall along Turkey's border provinces of Şanlıurfa, Gaziantep, Kilis, Hatay, Mardin and Şırnak had been finished.

"The construction works of about 221 kilometer part are ongoing and we will complete it as soon as possible," he added.

Turkey shares a 900-kilometer (559 miles) border with Syria which has been embroiled in a civil war since 2011.

The construction is undergoing in cooperation of TOKI and the ministries of defense and finance.

The Turkish Armed Forces are boosting security on the Turkish side by putting up the concrete walls, and on the Syrian side with coalition air forces, through Operation Euphrates Shield, which began on Aug. 24 last year. The operation aims to provide security, support U.S.-led coalition forces and eliminate the terrorist presence along Syria's northern border with Turkey.

Turan said seven tons of mobile blocks, which are 2-meter wide and 3-meter high, have been topped with one-meter high razor wire.

"We also built some 260 kilometers of roads outside of the wall," Turan added.