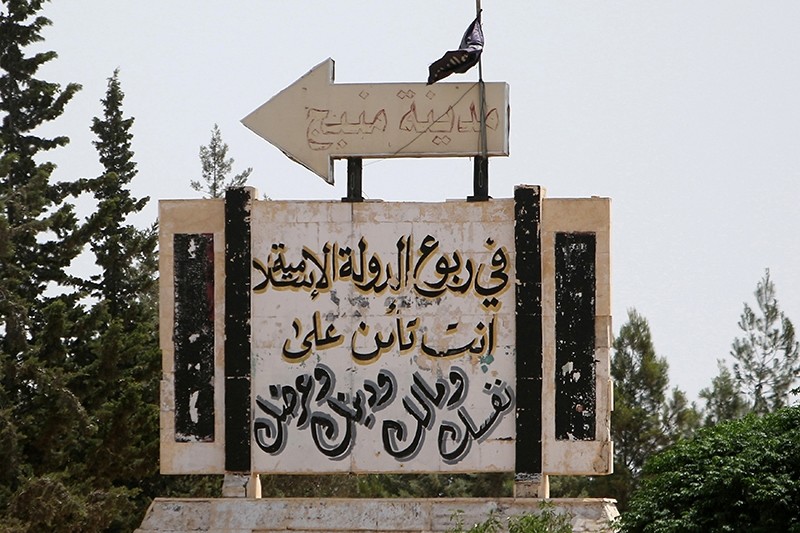 Gen. Votel was in Syria over the weekend for the fourth time where he visited U.S. training camps near Kobani and met People's Protection Units (YPG) and SDF officers. Several reports previously suggested that, during his visit, Gen. Votel had confirmed the coalition's commitment to protecting Manbij. The statement given to Daily Sabah directly contradicts the reports largely released by SDF sources.

"I found some parts of these reports inaccurate. We've met Manbij City Council members in a venue close to the city. Gen. Votel did not give any assurances over the city of Manbij, nothing of the sort was raised during the conversation," Col. John J. Thomas, CENTCOM spokesman, said in a phone call on Monday.

Col. Thomas also said Gen. Votel is a strong proponent of dialogue between the coalition partners, namely Turkey and the SDF. "Gen. Votel's goal to help the SDF and the YPG stay out of trouble with our partners " he added.

Turkey is currently contesting Manbij based on a promise given by former U.S. President Barack Obama to withdraw all YPG-led forces out of the city once they were done with their operation. Turkey considers the YPG as a division of the PKK and perceives it as a terrorist threat.

American officials constantly reiterate that the YPG has largely left Manbij, a case also defended by the CENTCOM spokesman. "We continue and are trying to reassure and show that the YPG is not in Manbij," he said.

Local news sources continued to claim on Tuesday that American special forces had raised the American flag in the city and moved to the Sajur River to prevent any Turkish attack on Manbij.