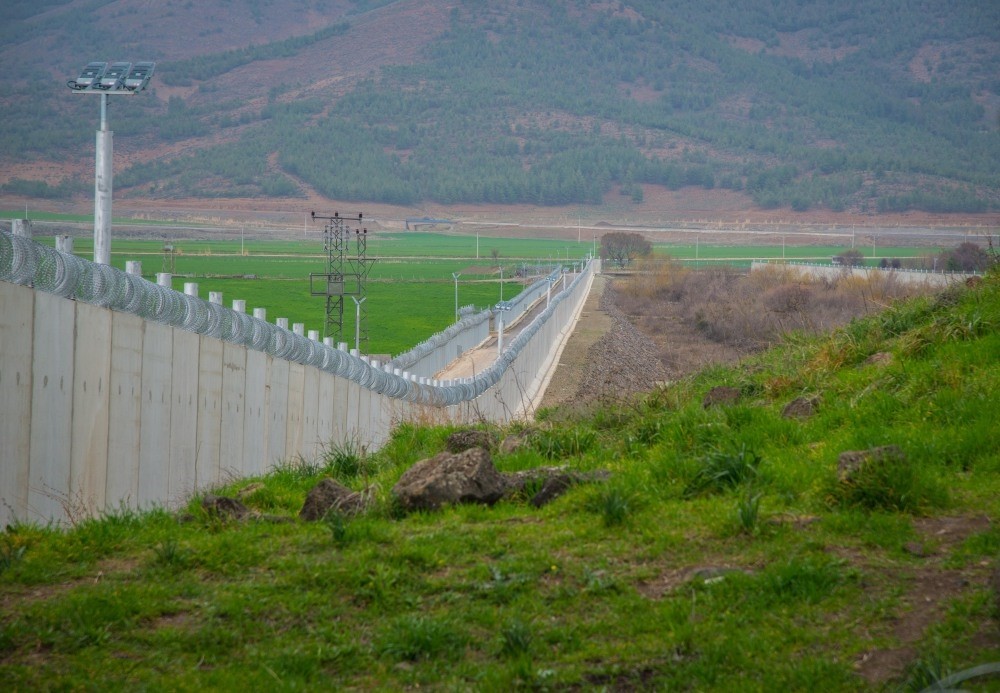 Daily Sabah traveled to the Syrian border to inspect the measures taken to prevent terrorism, smuggling and trespassing on March 2.
by Yunus Paksoy Mar 04, 2017 12:00 am

As part of Turkey's counterterrorism and smuggling efforts along its borders with Syria, Ankara has increased its border security measures, including erecting a 511-kilometer wall which is 3-meters-high and a 2-meters-wide, and includes wire netting, and thermal cameras

After a bloody conflict surfaced in Syria six years ago, the number of failed states along Turkey's southern border increased to two. The birth of a new failed state came with consequences for Turkey.

The Turkish state has been harshly criticized for its alleged tolerance of the safe passage of foreign fighters both from Turkey to Syria and the other way around. The country was even accused of aiding and abetting Daesh.

Apart from the conflict side of the issue, an unprecedented wave of refugees shook the whole world, especially Turkey. Turkish borders were opened to millions of Syrians with the idea of becoming a home for the innocent and oppressed.

In the face of such harsh criticism that never seems to fade, Daily Sabah traveled to the Syrian border to inspect the measures taken to prevent terrorism, smuggling and trespassing. 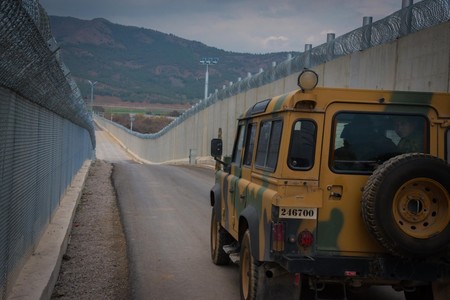 The 1st Border Regiment in southern Kilis province, which is responsible for the safety of a 169-kilometer-area, gave a briefing about how new measures have been effective in diminishing the number of illegal trespassers and preventing terrorism. Since the regiment is only kilometers away from a Syrian village, currently controlled by the PKK's Syrian affiliated Democratic Union Party's (PYD) armed wing, the People's Protection Units (YPG), the Turkish military pays the utmost attention to the measures.

Previously, the Turkish state decided to erect a 511-kilometer-long wall along the Syrian border. As of last week, half the wall had been completed. Giving information about the building of the wall, the commander of the 1st Border Regiment, Colonel Alparslan Kılınç, said that the work is underway .

While a 90-kilometer-long wall has been completed in the 1st Border Regiment's responsibility area, 79 kilometers is yet to be completed. However, the military watches all activity along the border with the utmost attention. The mobile blocks that are put together to constitute the wall are three-meters-high and two-meters-wide.

To further strengthen border security, the military has also established an area full of landmines behind the wall. In addition, wire netting prevents illegal activities. 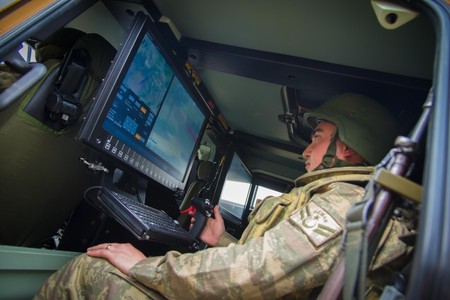 The advanced use of technology has been a determining factor in fighting terrorism along the Syrian border. Troops inspect the border 24/7 with thermal cameras. Also, a developed version of the Kobra, an armored vehicle used by the military, the Kobra-2, is very popular among troops serving in border districts.

With an attachment at the top that stretches across the border to inspect illegal activities, the Kobra-2 provides high-technology intelligence to the military.

The 1st Border Regiment talked about figures in the briefing as well. A whopping decline has been observed in the number of attempts to smuggle people as well as goods and to trespass . While 3,474 smuggling attempts were prevented in 2014, the number decreased to 77 in 2016.

Just in 2016, 49 PYD/YPG terrorists were captured by the 1st Border Regiment along the border. Kılınç asserted that there is no border that cannot be crossed unless there is enough inspection, observation and measures. 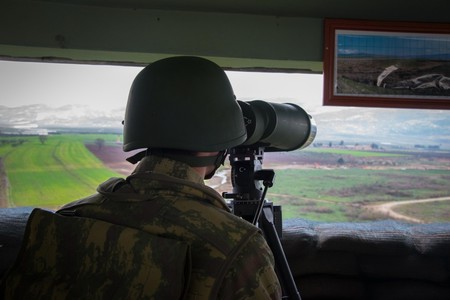 Apart from the physical measures taken along the border, the Turkish government kicked off a cross-border operation on Aug. 24, Operation Euphrates Shield, to wipe out terrorism from its southern border.

Having jointly liberated the Syrian towns of Jarablus, Dabiq and al-Bab, which used to be Daesh strongholds in the past, with Free Syrian Army (FSA) fighters, the military now looks to move towards PYD-controlled Manbij. Even though Turkey does not share any border with Daesh as of today, the PYD still borders the country. Considering it a grave threat to Turkey's national security, the government has been weighing options to sweep the PYD from its border. Another cross-border operation against the PYD is imminent, reports in the Turkish media have been claiming.

With walls along the border or cross-border operations in Syria, the Turkish state seems adamant in eradicating terrorism both home and abroad.
Last Update: Mar 04, 2017 1:41 am
RELATED TOPICS