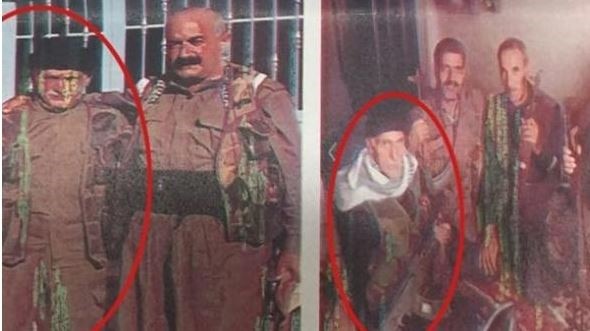 Nizamettin C. is seen in these old pictures where he stands next to other militants. (IHA Photo)
by Daily Sabah with IHA Mar 08, 2017 12:00 am

Police officers raided the house where he was staying in Beyoğlu, and caught Nizamettin C. with two cell phones, one memory card, and two fake identity cards with the names Mehmet Babaç and Beşir İlhan, both of which bear his own photograph.

Further investigation conducted by law enforcement officers from Istanbul's Anti-Terror Office Branch about the suspect revealed that he was also wanted on charges of child molestation.

Police sources noted that a forensics team is now examining the suspect's memory card, and added that Nizamettin C. had been awaiting orders from the PKK leaders based in Lice to carry out a terrorist attack.

The YPG is the armed branch the PKK's Syrian affiliate the Democratic Union Party (PYD).

The PKK is officially listed as a terrorist organization by Turkey, the U.S., and the EU.