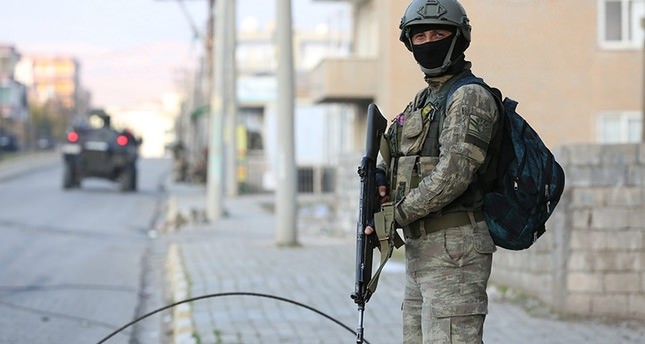 The Turkish Foreign Ministry has said that a report by The Office of the United Nations High Commissioner for Human Rights (OHCHR) on human rights violations in counter-terrorism operations in southeastern Turkish provinces is 'unacceptable', as it is based on false, biased information and excludes? unprofessionalism.

The report prepared by UN High Commissioner for Human Rights Zeid Raad al-Hussein and published on Friday claimed that about 500,000 people, most of which were Kurds, had been displaced during the government's security operations, while satellite imagery showed the "enormous scale of destruction."

"The unfounded allegations included in the report match up with propaganda by the PKK terror organization, Turkey will not accept such accusations," the statement said.

The statement underlined that the report is an open violation of impartiality and objectivity as it ignores information previously communicated by Turkey to the High Commissioner for Human Rights and related entities and shows the lack of coordination between UN mechanisms.

Stating that Turkey has continued its dialogue with all its international partners and transparently informed them of the measures taken during the July 15 coup attempt as well as its fight against terrorism, the foreign ministry said that it rejects the unprofessional report and has formally communicated this matter to the UNHRC.

Reiterating that the country is always open to visits by human rights mechanisms, the statement said that since November 2015, at least six visits have been made to Turkey, including the United Nations, the Council of Europe, the OSCE and many other international organizations.

"Since March 2016, Zeyd has been invited numerous times to pay a visit to our country, including our southeastern provinces. If he had accepted our invitations, he would have had the opportunity to personally observe the claims in the report, which do not reflect the truth in any way," the statement said.

Despite such ill-intentioned moves and during times when face to face with many threats and attacks by terror organizations, Turkey will continue working towards protecting human rights and improve current standards in the country with its usual determination, the statement added.

The PKK is listed as a terrorist organization by Turkey, the U.S., and the EU. Founded in 1978, the terrorist group resumed its decades-long armed campaign against the Turkish state in July 2015. Since then, the PKK has murdered over 900 security personnel and 300 civilians and has also lost some 10,000 militants in the meantime, who were either killed or apprehended in anti-terror operations.

It has waged a terror campaign against Turkey for more than 30 years, which has claimed the lives of more than 40,000 people.