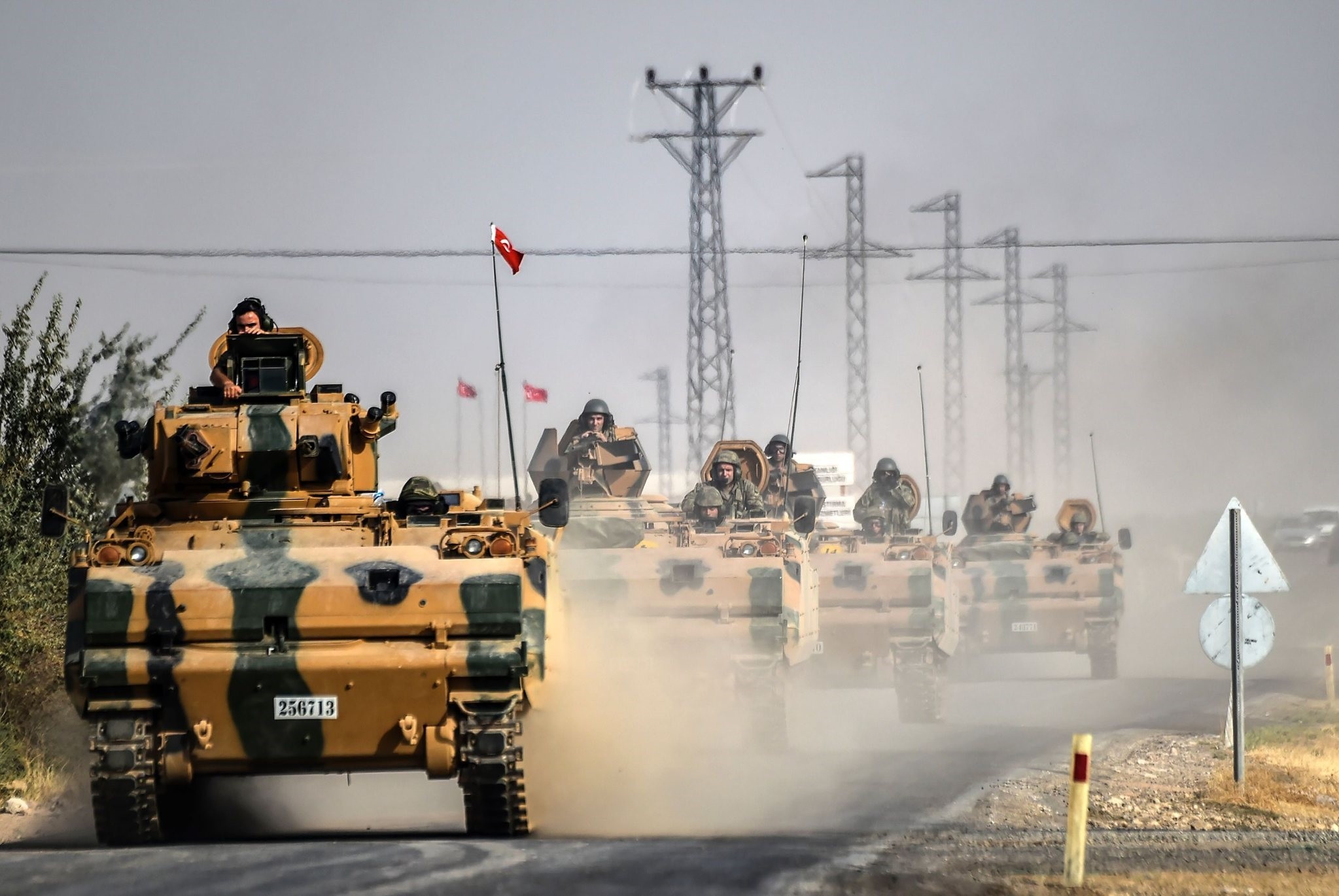 President Recep Tayyip Erdoğan said on Monday that Turkey is now preparing for new anti-terror operations elsewhere in the region against terrorist groups after completing the first stage of Operation Euphrates Shield.

Addressing crowds in northeastern Trabzon province during the opening ceremony for a new city park, Erdoğan said that Turkey was planning to launch new anti-terror operations in different regions near the border to drive terrorist groups such as the PKK, the People's Protection Units (YPG) and Daesh out of the country.

"Turkey has nice surprises for [these] terrorist groups in the upcoming months. We will turn spring into a dark winter for terrorists," he said.

On March 29, Ankara declared that Operation Euphrates Shield, which was launched on Aug. 24 to secure Turkey's southern border, "successfully came to an end."

The officials announced that more than 2,000 square kilometers (770 square miles) of land in northern Syria was liberated from Daesh, more than 2,500 terrorists were killed and that some 100,000 people living in Gaziantep province are now expected to return to the liberated areas.

They said that Turkey had reached its initial goals in the operation by driving Daesh away from the border, which was captured by the terror group after clashes with Syrian opposition groups in 2013, and preventing the creation of a terror-corridor by PKK-linked groups in northern Syria.

The results of the offensive were also reflected in the statistics. Daesh terror attacks in Turkey, which had increased between July 2015 and August 2016 and caused the deaths of nearly 300 people, drastically decreased after the operation was launched on Aug. 24, 2016. After that date, Daesh has only been able to carry out one terror attack inside the Turkish borders.