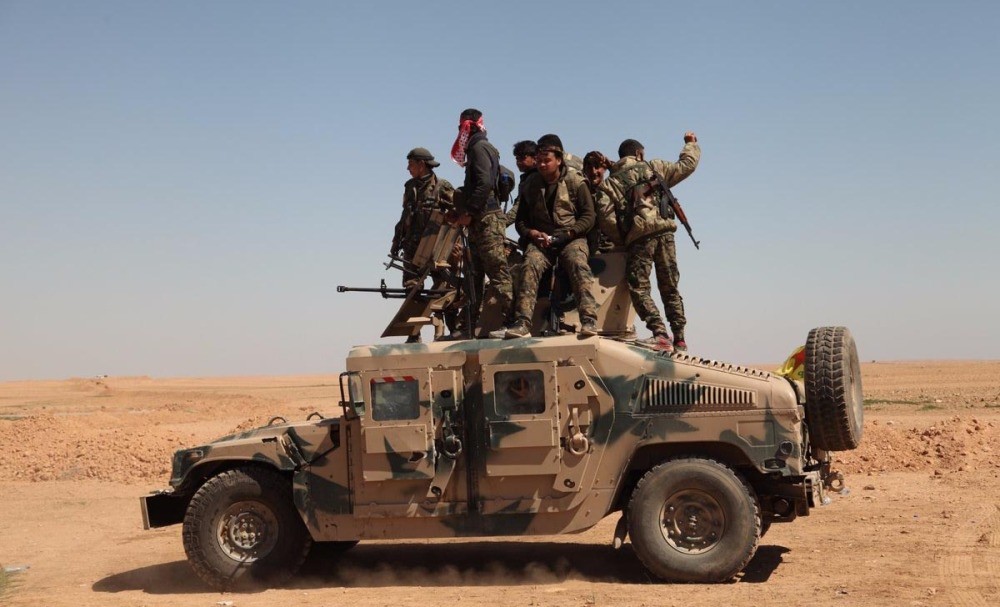 Foreign Minister Çavuşoğlu pointed out select countries that insist on using the terrorist group the YPG as a proxy on the ground in Syria, saying that such world powers are not on the right track

Foreign Minister Mevlüt Çavuşoğlu has criticized some "super powers" for insisting on working with the People's Protection Units (YPG) terrorist group, saying that they are "not on the right track."

Speaking at an event in Istanbul on Sunday, Çavuşoğlu slammed some countries that are active in Syria for participating in a race to not let the YPG go, asserting: "The YPG is a terrorist group. There are countries racing not to let the terrorist group go. Europe and the entire world need to shake themselves," Çavuşoğlu said, adding that where they are headed to is "not right."

Ankara's relations with Washington have soured in an ongoing dispute over the role of the YPG, the armed wing of the PKK's Syrian offshoot the Democratic Union Party (PYD). While Washington claims the YPG fights Daesh in Syria, U.S. intentions to move forward with its plan to include YPG militants in the Raqqa offensive has frustrated Ankara. While the Obama administration previously supported the PKK-affiliate YPG, the U.S. has offered stern warnings and even ultimatums to Washington if they do not abstain from further solidifying relations with the terrorist group.

Ankara has repeatedly argued that YPG forces are ousting Arab and Turkmen locals from areas that have been cleared of Daesh, amid aims to alter the demographics of the region and assume full control of captured areas.The Turkish government contends that the YPG has an ultimate goal of connecting its cantons to the east and the west of the Euphrates to reach its aim of forming an autonomous terrorist state along Turkey's southern border. Turkish authorities have already stressed that Ankara would not allow a terrorist state to be formed in northern Syria.

The anti-tank missile A LAW has been seized in a counter-terror operation against the PKK in the southeastern province of Hakkari for the second time this week. The missiles had been given to the YPG by the U.S. administration, a media report contended.Previously, another anti-tank missile was found on a PKK terrorist who was killed in an operation in the Biztepe region of the Şemdinli district.

On Feb. 24, 2016, Pentagon spokesman Navy Captain Jeff Davis rejected claims that the U.S. provided any FGM-148 Javelin anti-tank missiles to the YPG. However, Turkish media outlets assert that sources in the region claim the YPG has been using the anti-tank missiles for over a year.
RELATED TOPICS