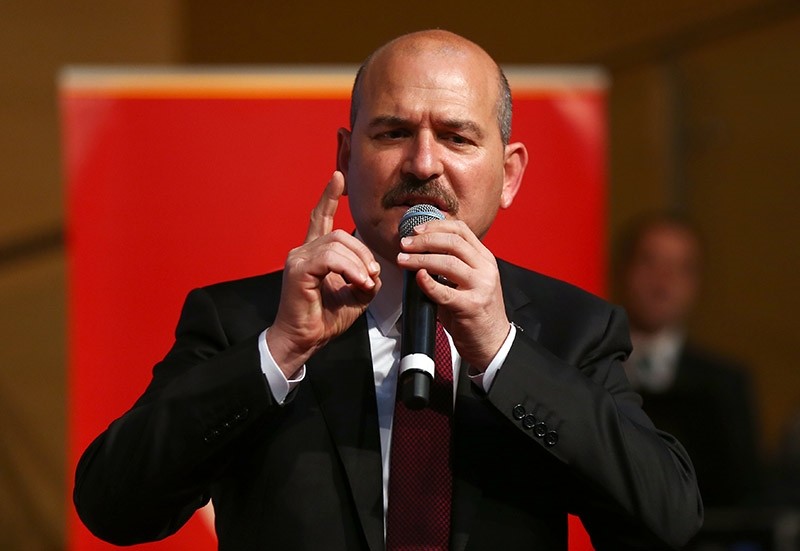 Soylu emphasized that the PKK and the PYD were the same and used the war environment as a laboratory.

"Terrorism has tracks. Istanbul is not a track, but a destination, Ankara and Izmir are also destinations," Soylu said, adding that necessary security measures were taken for terrorism tracks and destinations.

Asserting that such weapons originate from Western countries, Soylu said: "We know that these come from the West."

The anti-tank missile A LAW was seized in a counterterror operation against the PKK in the southeastern province of Hakkari for the second time in early April. The missiles had been given to the PYD's armed wing the People's Protection Units (YPG) by the U.S. administration, a media report contended. Previously, another anti-tank missile was found on a PKK terrorist who was killed in an operation in the Biztepe region of the Şemdinli district.

Commenting on anti-PKK operations in the southeast, Soylu said terrorists are being swept out from districts and provinces. "We do not only fight terrorism but also its resources," he added.

The interior minister also said that three suspects were detained over the latest Diyarbakır terror attack, which killed three people and left 12 others injured, while four other suspects were still wanted by police.

The blast occurred last Tuesday at a repair shop inside police headquarters in the Diyarbakır's Bağlar district where armored police vehicles were being fixed, leading to the death of a policeman and two civilian workers.

Soylu stated that the three detained suspects were responsible for the 30-meter-long tunnel, which was dug from a construction site and led to the police headquarters.

"Tunnels are widely used by PKK/PYD in Syria," Soylu said, adding that necessary scanning in the tunnels were carried out by police officers.