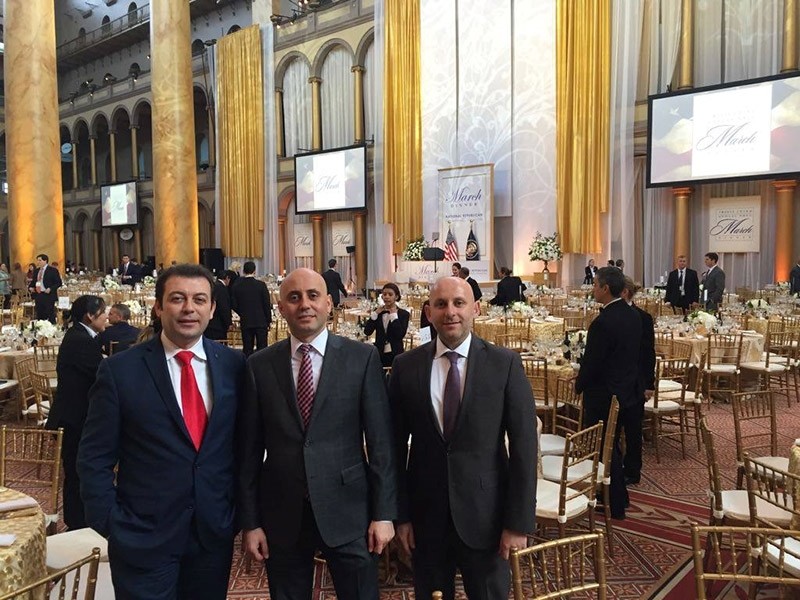 Several Turkish-Americans with direct links to Pennsylvania-based preacher Fethullah Gülen, and his group have established a new front to diversify its lobbying activities in U.S. Congress, Daily Sabah has learned. A source in Washington, who spoke on condition of anonymity, said that Gülenists were having trouble to find lobbying groups based in Washington to do their bidding among Republican leaders, especially since the failed coup in Turkey. Ankara has accused radical imam Fethullah Gülen for masterminding the coup and designated his organization as a terror group, known as the Gülenist Terror Group (FETÖ). Gülen and his followers' public image has sunk to its lowest since the group's establishment in the late 1970s.

In order to resolve this problem, Daily Sabah believes last September they established the Washington Strategy Group LLC. The company, which registered itself as a non-profit public affairs and advocacy organization, has started to operate as a formal lobbyist for itself, according to publicly available filings. The strategy group has spent up to $50,000 for its activities in Washington, the third and fourth quarter reports indicate. The lobbying efforts focused on recent human rights issues in Eastern Europe and the Middle East, including free speech, due process and rule of law.The contact name in the filings is Suleyman Turhanoğulları, a board member of Washington-based, Gülen-linked umbrella business association the Turkic American Alliance, (TAA). Several social media posts named Turhanoğulları as president of the Washington Strategy Group LLC.

Another individual connected to the organization is Cemil Teber, who is the president of TAA's local affiliate the Turkic American Federation of the Southeast (TAFS). An indictment leaked to Turkish media in January 2016 on Gülen's criminal activities in government agencies mentions Teber's name among a number of suspects.

The Washington Strategy Group's Governor Beyhan Nakiboğlu is the most prominent name connected to the Gülenists. He was among the original founders of the now closed Bank Asya. The Turkish government seized the bank due to its alleged illicit money transfers to Gülen's criminal activities, and shut it down last June.

The other two remaining members of the group, Bilal Ekşili and Ozkur Yıldız, are both former founders or administrators of publicly funded Gülen-linked charter schools. Bilal Ekşili, a current member of the TAA, was the former board president of Indiana-based Concept Schools, which was raided by the Federal Bureau of Investigation in 2014 based on allegations of white collar crime. He was formerly executive director of the Chicago-based Niagara Foundation, whose honorary chairman is Gülen. Yıldız is also currently tied to the TAA and was a former superintendent for the Arizona-based charter school Sonoran Science Academy, which attracted interest back in 2010 for its policy of providing several work permits for Turkey-based teachers.