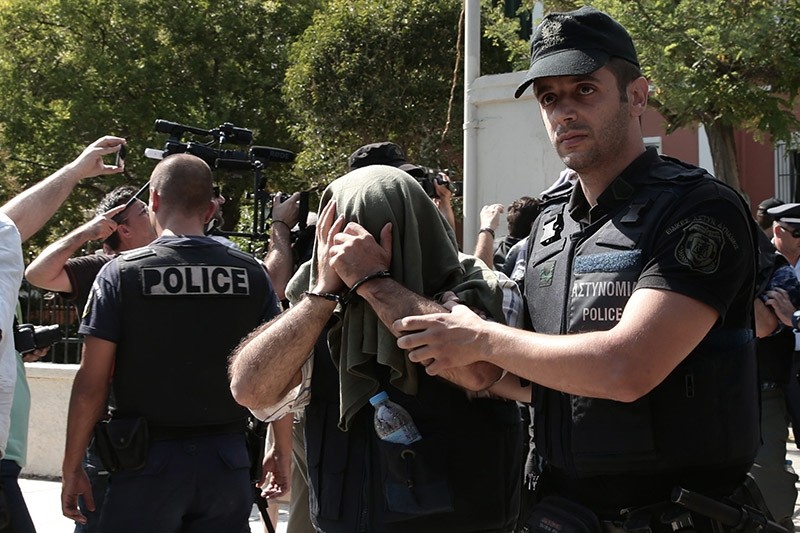 A Greek court ruled Wednesday against Turkey's extradition request of three out of eight Turkish soldiers who fled to Greece last July following the failed coup attempt by the Gülenist Terror Group (FETÖ) against the Ankara government.

Maj. Ahmet Güzel, Maj. Gencay Büyük and Sgt. Bilal Kurugül are now free to remain in Greece until their asylum request is processed.

Prosecutor Evgenia Kyvelou proposed the three men not be sent back to Turkey and be released from custody.

The court accepted the proposition, stating that they should be set free unless they are going to be charged with additional criminal offences.

After the July 15 coup attempt, eight soldiers, including two commanders, four captains and two sergeants, escaped to Greece on a Sikorsky helicopter and landed in Alexandroupolis.

Following their landing, the eight suspected FETÖ members asked for asylum from Greek authorities. Before their asylum request was taken to the court, a Greek court sentenced the eight men to a suspended two-month jail sentence for illegal entry into Greece.

The Turkish government has formally requested from Greece the extradition of the FETÖ members, who are accused of being behind the coup attempt, to face trial in Turkey.

The terrorist group, led by a fugitive former preacher Fetullah Gülen, openly started a campaign to seize power in Turkey in 2013 when police chiefs and prosecutors linked to the group carried out two attempts to topple the government by implicating ministers in investigations based on forged evidence.

When Ankara moved to contain the Gülenist threat, the terrorist group activated its infiltrators in the Turkish military and tried to topple the government once again last summer in a foiled putsch on July 15, leading to the death of 248 people.