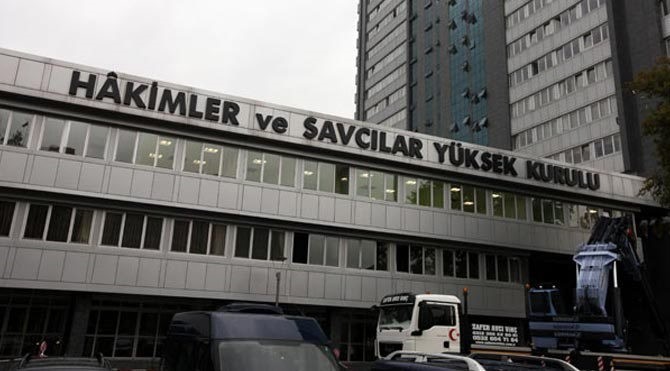 A total of 107 judges and prosecutors were dismissed from duty on Friday as part of the ongoing probe into the Gülenist Terror Group (FETÖ), the group blamed for the July 15 coup attempt.

Detention warrants were also issued for the dismissed the FETÖ-linked suspects.

Among those dismissed is the judge who ruled for the suspicious release of Adil Öksüz, a fugitive member of the group who served as point man for Gülen and for the group's infiltrators in the Turkish army. Öksüz had fled Turkey after his brief detention.

Tens of thousands of people tied to FETÖ have been dismissed or suspended from duty in the public sector since the coup while hundreds are being arrested for their involvement in the coup and participating in the crimes of FETÖ.

Apart from the coup attempt, FETÖ is accused of using its infiltrators in the judiciary and law enforcement to conspiring against its critics, imprisoning them in sham trials and the illegal wiretapping of thousands of people. Last week, authorities suspended 9,103 police officers from duty. The suspended officers include guards of the president who escaped as an assassination attempt took place during the foiled putsch.

Led by U.S.-based Fetullah Gülen, a former preacher, the terrorist group managed to infiltrate the law enforcement, judiciary, bureaucracy and military over the past four decades before it openly threatened the government with two coup attempts in 2013.