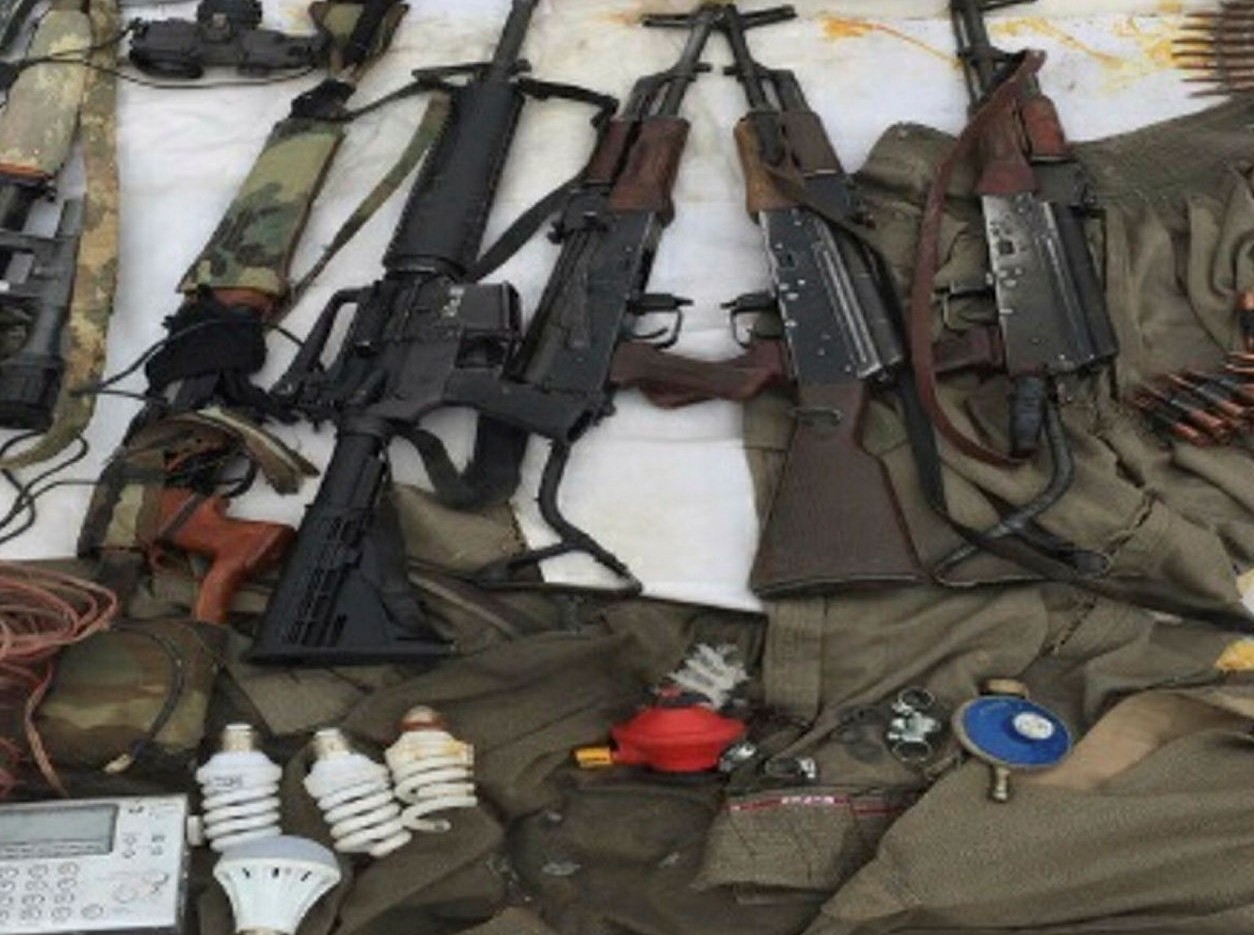 The Turkish armed forces have seized the largest-ever weapon haul from the PKK during their anti-terror operations in the Incebel mountain range in southeastern Turkey's Şırnak.

Military sources claimed on Sunday that the Turkish forces seized over 200 AK-47 long-barreled assault rifles, thousands of rounds of ammunition, and a huge cache of other weapons and explosives on the 19th day of the operation against the outlawed PKK.

According to a statement, the operation dealt a heavy blow to the PKK by uncovering what authorities believe to be one of the terror group's main arms depots in the country.

Sources added that various other materials, including housing equipment, food and documents were also seized from 25 caves being used by the PKK.

The PKK, listed as a terrorist organization by the U.S. and the EU, resumed its nearly 40-year armed campaign against the Turkish state in July 2015, unilaterally violating the cease-fire.