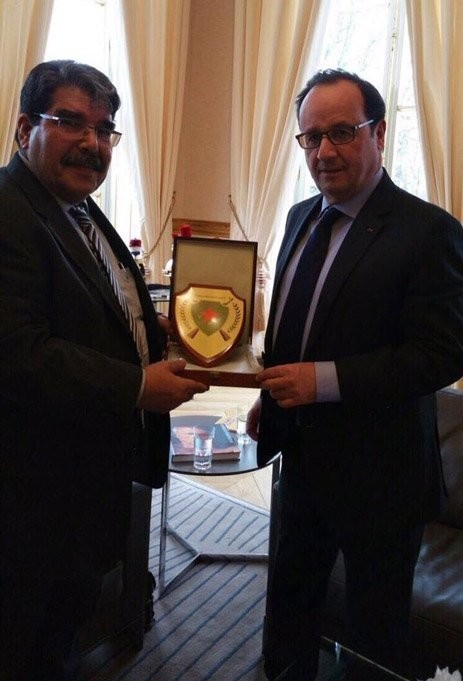 Terrorist Salih Muslim (L) presenting a plaquet to French President Hollande
by Daily Sabah May 09, 2017 12:00 am

According to PKK-affiliated Fırat News Agency (ANF), Muslim and Hollande discussed the possibility of a "Northern Syria Federation" during the meeting.

The so-called Paris representative of the PYD, Xalid Isa also attended the meeting. 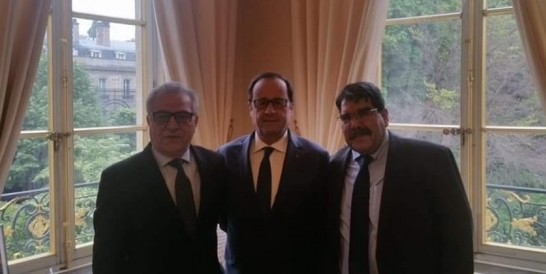 No statement from the French presidency regarding the meeting has been made so far.

The PYD is the Syrian affiliate of the PKK, which is designated as a terror organization by the U.S., Turkey and the EU.

Supporters of the PKK have been allowed to distribute propaganda in many European countries, including universities, without the fear of restrictions or penalties. The PKK has continued to spread throughout European states since the early 1990s. In 2002, the European Commission officially classified the PKK as a terrorist organization.