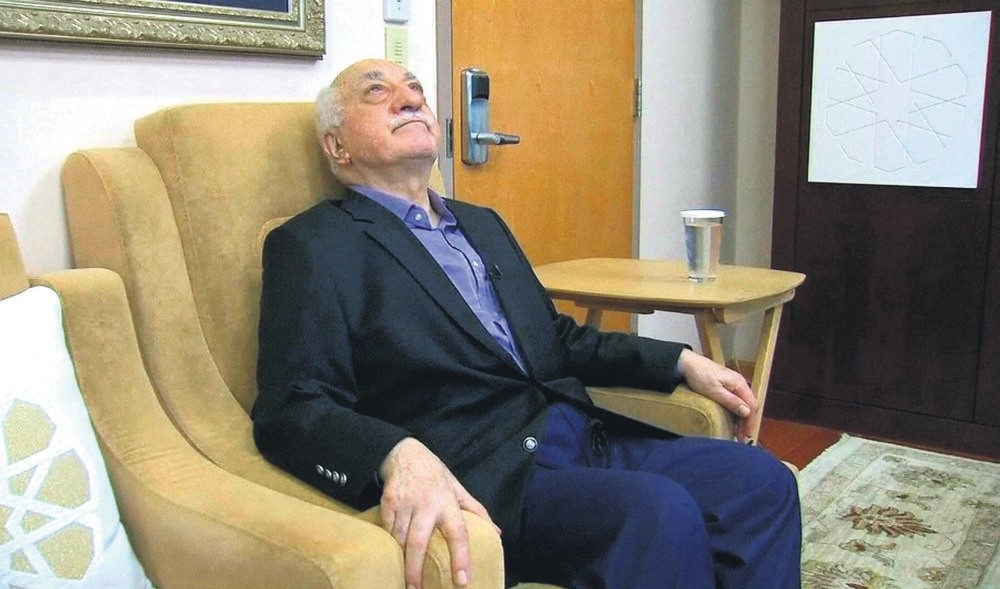 A U.S. based group named the American Society of Ohio, which is linked with FETÖ, has started a propaganda campaign against President Erdoğan before his visit to U.S. The two presidents are expected to discuss the extradition of FETÖ leader Fetullah Gülen, the mastermind of the failed July 15 coup attempt

A U.S.-based group linked with the Gülenist Terror Group (FETÖ) has launched a campaign against President Recep Tayyip Erdoğan ahead of his visit to meet with U.S. President Donald Trump, where the extradition of the U.S.-based FETÖ leader, Fetullah Gülen, will be among the top issues to be discussed between the two leaders in their first face-to-face visit.

The group, called the Turkish American Society of Ohio, sent an email through list-serve calling for action by making calls to U.S. congressmen and U.S. senators slamming Erdoğan ahead of the visit to the White House. The email letter also asked receivers to call the chairman of the Foreign Relations Committee, State Department and White House.

Gülen has lived in the U.S. since 1999, when he traveled to the United States for "treatment."

FETÖ has long posed as a religious charity movement to attract followers and has managed to recruit followers around the world, establishing a global network of schools and companies on nearly every continent, spanning from the far corners of Africa to the U.S. state of California.

In the wake of the deadly coup attempt on July 15, 2016, Turkey has worked tirelessly to locate FETÖ members worldwide, focusing on the commercial entities of the terrorist cult.

FETÖ sought to topple the Turkish government and seize power on July 15 through a military coup and attempted to impose martial law in the country. A total of 249 people, mostly civilians, were killed by pro-coup soldiers, while over 2,200 people were injured. Apart from the coup attempt, FETÖ is accused of using its infiltrators in the judiciary and law enforcement to conspire against its critics, imprisoning them in sham trials and illegally wiretapping thousands of people. For decades, the terrorist group disguised its members in critical posts, managing to infiltrate state institutions, such as the military, bureaucracy and judiciary.

The email sent by the Turkish American Society of Ohio also includes "sample talking points," in which it tells recipients of the email what to say to U.S. politicians. The group identifies itself as "a non-profit organization founded in 2008 and replaced the Scioto Educational Foundation (SEF) in 2010 after a merger."

FETÖ activities in the U.S. also include a large network of charter schools, which have recently come under scrutiny by the FBI for fraud.

A group of charter schools affiliated with FETÖ in the U.S. state of New Jersey last year collected tens of millions of dollars in taxpayer money, according to an investigative report published by a local daily in February.

The investigation conducted by The Record newspaper and its website, NorthJersey.com, revealed that some founders of these schools have close ties to the FETÖ network.

It found that seven schools in the state collected over "$60 million in taxpayer money last year alone to fund their growth."

In addition, last week, officials in the city of Linden, New Jersey asked the state to block the opening of a charter school that is linked to the FETÖ, according to a media report.

FETÖ's schools in the U.S. are usually gathered under an umbrella organization and are managed through foundations. As an example, there are 46 schools, all operating under the "Harmony" name in Texas, 30 schools under the "Concept" name in and around Ohio and 11 school campuses under the name "Magnolia" in California.

Some of FETÖ's schools are currently under investigation by the FBI for irregularities, unlawful profit, corruption, fraudulent contractual tenders and forgery of documents.
Last Update: May 10, 2017 1:31 am
RELATED TOPICS