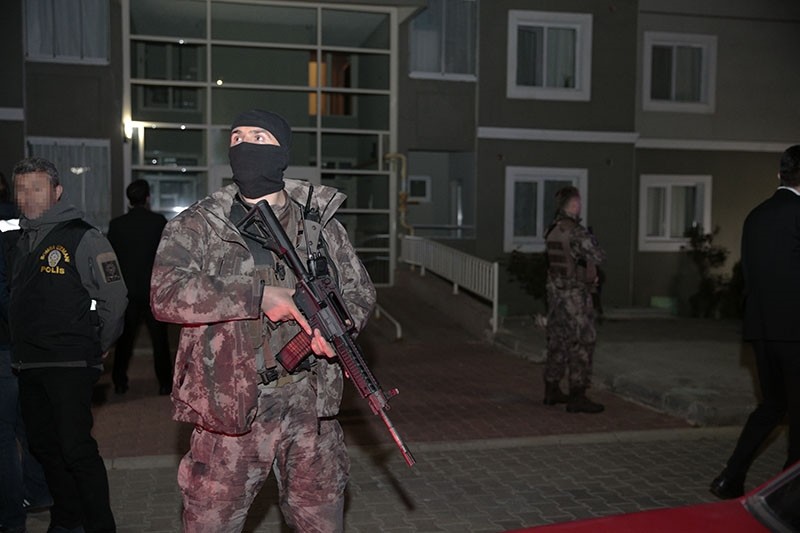 A joint operation between Ankara and Istanbul police departments was conducted based on the testimony of a terrorist arrested in Istanbul, Ankara governor Ercan Topaca revealed.

"An Azerbaijani citizen followed from Istanbul is investigated for Daesh membership. He was suspected after renting a car and coming to Ankara to drop off two suspicious people," Topaca said.

Topaca said the police swiftly planned an operation to capture the two suspects, who were revealed as Daesh members by the detained Azarbaijani.

The two terrorists were killed after they opened fire on police officers during an operation that aimed to capture them.

While the identities of the terrorist are yet unknown, they are suspected of being foreign citizens due to their connection with the detained suspect, Ankara's governor said.

Police found arms as well as grenades in the apartment of the male suspects who were predicted to be in their mid 20s or early 30s.

Local sources claimed that the terrorists might have been preparing to target the extraordinary AK (Justice and Development) Party congress in Ankara on the same day, which was attended by tens of thousands of people along with hundreds of politicians.