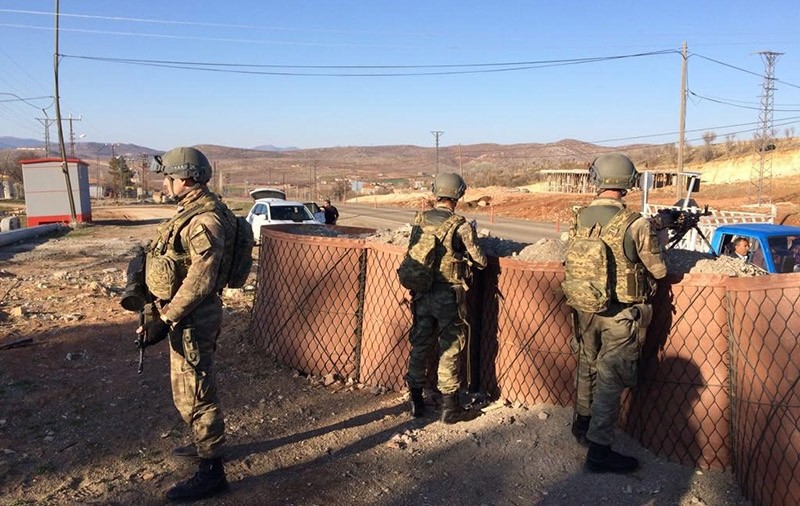 At least 93 members of the outlawed terrorist organization PKK have been killed in anti-terror operations in Turkey's eastern and southeastern provinces over the past 10 days, the Turkish military confirmed Monday.

The military in a statement revealed that the terrorists were killed in Turkey's Şırnak, Hakkari, Diyarbakır, Erzurum, Ardahan, Bingöl, Muş and Hatay provinces during counter-terror operations, which targeted the hideouts and routes used by the terrorists.

Seventy-one hideouts and caves used by the terrorists have also been destroyed, the military added.

Five hundred kilograms of powdered marijuana, 52 kilograms of narcotics and 37,000 packages of bootlegged cigarettes were also confiscated in the operations.

Meanwhile, Turkish officials detained some 8,755 suspects while trying to unlawfully cross the border.

The Interior Ministry has confirmed that 316 PKK terrorists were killed, while 133 surrendered and 187 were captured alive in anti-terror operations in last five months.

Operations against PKK resume without break

In a separate statement, the Interior Ministry said that Turkish security forces more than 600 PKK terrorists have been killed, injured, captured or have surrendered in nationwide counter-terrorism operations since the beginning of this year.

According to the statement issued by the ministry, the security forces conducted a total of 4,786 operations since Jan. 1 until early Monday.

316 were PKK terrorists were killed, 187 were captured alive, six were injured and 133 others surrendered.

Separately on May 15-22, security forces conducted a total of 541 operations against PKK, in which 44 terrorists were neutralized -- of them 28 were killed, eight were captured alive and eight others surrendered.

During the last week's operation, as many as 222 suspects were arrested for aiding and abetting the PKK, 72 for having suspected links with Daesh, 966 for having alleged connections with Gülenist Terror Group (FETÖ), and 24 for their alleged links with leftist terrorist groups.

Soldier killed in clash with PKK in southern Turkey

A soldier was killed in a clash between security forces and PKK terrorists in southern Turkey's Osmaniye on Monday, the regional governor's office confirmed.

In a statement, the Osmaniye Governor's Office said that the military sergeant was martyred in the province's Amanos Mountains.

Operations against PKK terrorists continues in the area.