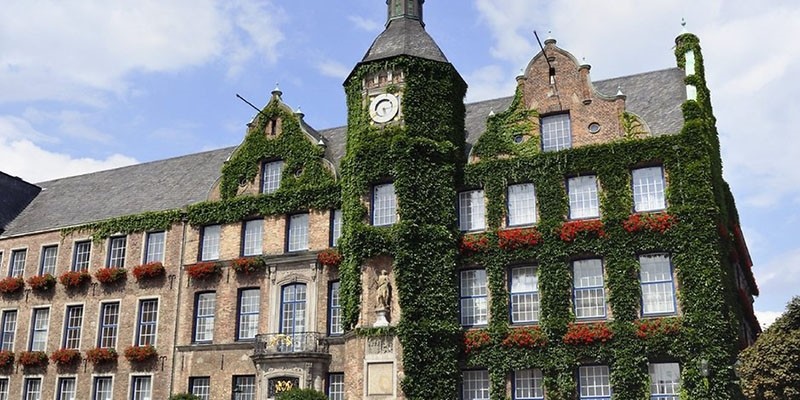 The German city of Duesseldorf distances itself from the "Ein Stein/Ribif" association that is known to be close to the Gülenist Terror Group (FETÖ). This has effectively become the first action taken against the terror group in the country.

The mayor of the city, Thomas Geisel, stated that he no longer wants to patronize the association after its ties with the FETÖ were revealed, according the official statement from the Communication Office of the city of Duesseldorf received by Daily Sabah on Wednesday.

The Duesseldorf municipality will no longer support the FETÖ-associated organization and "it needs to be re-evaluated," says the statement. Many Turkish citizens voiced their support for the decision of the authorities.

"The assessment of the 'Evangelical Institute for Research on Religious and Ideological Issues', as well as other opinions of experts on the Gülenists will be used for this purpose," said the spokeswoman of the city.

In addition to this re-evaluation, the German Federal Office for Migration and Refugees deprived the association of its status as an integration-course, the spokeswoman said. "The directive of the association in itself is lacking transparency."

"The patronage of Mayor Thomas Geisel for the DimA project was discontinued. Patronage is also a sign of support for the objectives of a project, the decision is at the discretion of the mayor," added the statement.

Pavle Madzirov, the CDU's integration policy spokesman, is convinced that the association is closely affiliated with FETÖ. "I am surprised how many partners of the city and the town hall have embraced this cooperation," said the politician, as the local news outlet "Rheinische Post" reported.

So far, Germany has played down the activities of the terrorist group and approved asylum applications from the escaped putschists, which is why Turkish citizens found this step of the town hall extremely surprising.

However, the Ankara's calls for a boycott of FETÖ institutions are starting to have an effect.

In Germany there were 24 schools, 300 associations and 140 after-school courses that were affiliated to FETÖ. Some of them were forced to cease activities due to the decreasing number of students following the failed FETÖ coup of July 15, 2016. The most recently closed school was the Carl-Friedrich Gauß private school in Ludwigsburg. In this way, Turkish parents have shown their solidarity with the victims of the coup and have broken all their contacts with FETÖ.

A total of 249 people, consisting of mostly civilians, were killed by pro-coup soldiers, while over 2,000 people were injured.

After the attempt, Germany's uncooperative stance with regard to FETÖ has been a source of tension between Ankara and Berlin, as the country has been a safe haven for hundreds of FETÖ members, including high ranking NATO military officers.