We will strike back if YPG terrorists in northern Syria provoke Turkey, Erdoğan says 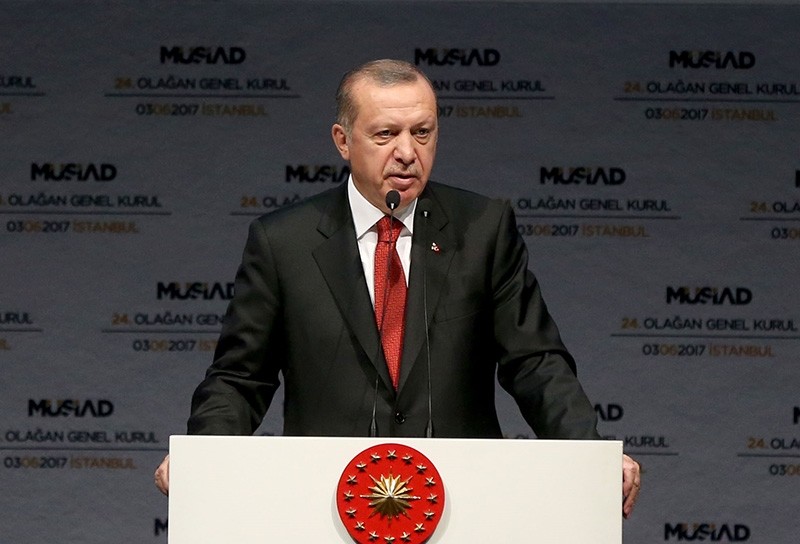 Speaking at the Independent Industrialists' and Businessmen's Association (MÜSİAD) meeting in Istanbul, Erdoğan said that Turkey may resume Operation Euphrates Shield if the PKK-affiliated Democratic Union Party (PYD) and its armed-wing the People's Protection Units (YPG) in northern Syria attack the country.

Despite Ankara's repeated calls on Washington to carry out the Raqqa operation together, the U.S. continues to cooperate with the YPG instead of its NATO ally.

"We will not discuss the matter with anyone but will make our own decision and take matters into our own hands the same way we did in Jarablus, al-Rai and al-Bab," Erdoğan said.

He noted that he highlighted the matter during meetings with Russian and U.S. officials.

The PKK terror group's Syrian wing the YPG carries out attacks against the Turkish military with mortar and missile fire from Syrian border towns.