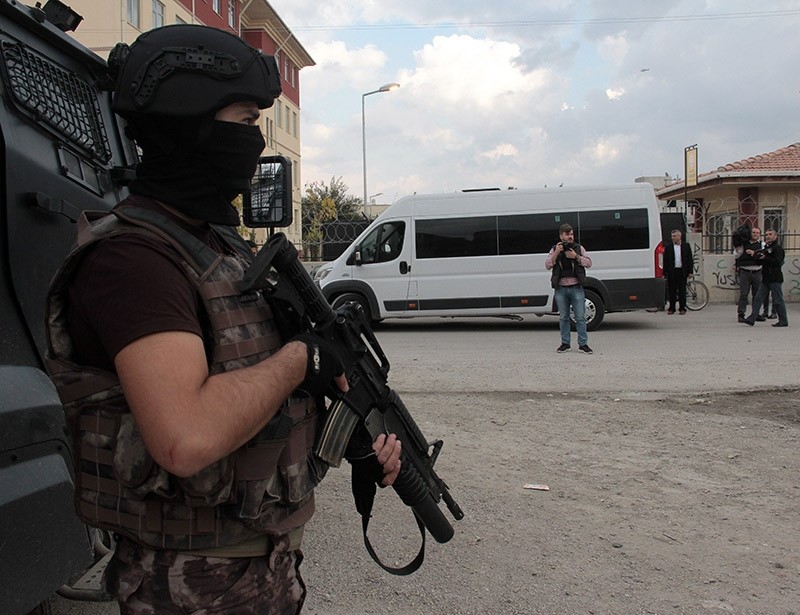 A total of 170 PKK terrorists were detained in anti-terror operations between May 22 and 29, according to a written statement released by the interior ministry Monday.

Police squads, gendarmerie units, and the Turkish Armed Forces (TSK) conducted 483 counter-terror operations against the PKK terrorist organization, during which 46 terrorists were killed.

As part of the operations carried out against foreign terrorists, some 43 Daesh terrorist suspects and 1,128 people with suspected links to the Gülenist Terror Group (FETÖ) were detained, the statement added.

According to the latest statement, 342 social media accounts linked to the aforementioned terrorist groups and accounts that threatened the people and state of Turkey were identified, and 55 out of 132 suspects were detained.

Some 2,494 irregular migrants were captured, while 78 organizers were also detained for migrant smuggling, the statement added.