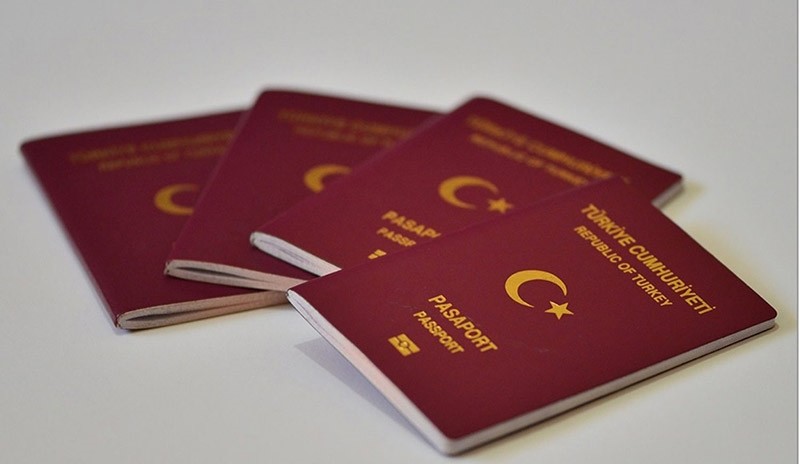 In a decision Monday, Turkey gave suspects linked to the terrorist groups PKK and FETÖ – including its leader Fetullah Gülen – a three-month period to return to the country for trial or risk having their citizenship revoked in a bid to ensure the return of 130 fugitives taking shelter abroad

A long-debated issue of whether to remove citizenship from those linked to terrorism came to an end Monday as Turkey officially announced that 130 people will be stripped of their Turkish citizenship unless they return to the country within three months.

The decision by the Interior Ministry was published in the Official Gazette and covers Fetullah Gülen, the leader of the Gülenist Terror Group (FETÖ) behind last year's bloody coup bid, his senior aides and three former lawmakers from two parties linked to the terrorist group PKK.

It is unlikely that Fetullah Gülen, who has been living in Pennsylvania since 1999, will return to Turkey to testify in trials, where he faces multiple life sentences. The Interior Ministry announcement urges those on the list to return and surrender to judiciary authorities in order to avoid denaturalization.

The removal of citizenship from those involved in acts of terrorism has been a hotly debated issue in Turkey, especially following a wave of attacks by the PKK in the past two years that have killed hundreds of people. The government did not press forward on the issue, but following last year's coup attempt blamed on FETÖ, the matter was brought up again in the media. In January, a new decree issued by the government as part of the post-coup state of emergency paved the way for the removal of citizenship. A court in the southern province of Adana asked the justice ministry to strip Fetullah Gülen of his Turkish citizenship recently in a trial where he is accused of running a terrorist organization. The court said in a letter to the ministry that they were unable to hear the testimony of Gülen and that "the ministry should pursue the necessary action."

The move comes amid Turkey's effort to round up suspects loyal to the terrorist group accused of masterminding last year's coup attempt that left 250 people dead. Gülen, who faces multiple life sentences for his role in the coup attempt, denies the allegations, although the evidence points to his followers who infiltrated the army as being behind the coup bid. Turkey is seeking Gülen's extradition from the U.S. where he has lived since 1999.

The January decree states that some of the charges eligible for citizenship termination include: Violation of constitutional order, assassination of the president, crimes against the legislative body and armed uprisings against the government – all charges related to the coup attempt.

Thousands of FETÖ members were detained and arrested following the putsch attempt that was staved off thanks to public resistance. However, a large number, mostly senior figures of FETÖ, are believed to have fled abroad immediately after the coup attempt or shortly before it happened. Adil Öksüz, a theology lecturer who coordinated the coup attempt in his capacity as a senior member of FETÖ along with Gülen, is among the fugitives.

Öksüz is believed to be abroad after he was controversially released by a FETÖ-linked judge in the aftermath of the putsch bid. Most FETÖ members wanted by Turkey have been sighted in the U.S., while two high-profile prosecutors linked to the group are believed to be in Germany. Zekeriya Öz and Celal Kara, who were behind several sham trials orchestrated by FETÖ designed to imprison its critics, are in the German city of Freiburg, according to Turkish media outlets.

One of the highlights on the list issued Monday is an individual named Osman Hilmi Özdil. Also known as "Ömer of Kozan" (after his hometown), Özdil is one of the most prominent, yet elusive, figures in the terrorist group. He is accused of controlling the infiltrators of FETÖ in law enforcement and is believed to be in hiding in Thailand. Turkey has formally submitted a request to Thai authorities to locate and deport Özdil.

Apart from FETÖ members, three names closely associated with the PKK were also included on the list. Tuğba Hezer Öztürk and Faysal Sarıyıldız, former lawmakers from the People's Democratic Party (HDP), and Özdal Üçer, a former lawmaker from the Peace and Democracy Party (BDP), also face citizenship removal. Both parties are closely associated with the PKK, and the lawmakers are accused of membership of a terrorist organization and of spreading pro-PKK propaganda.