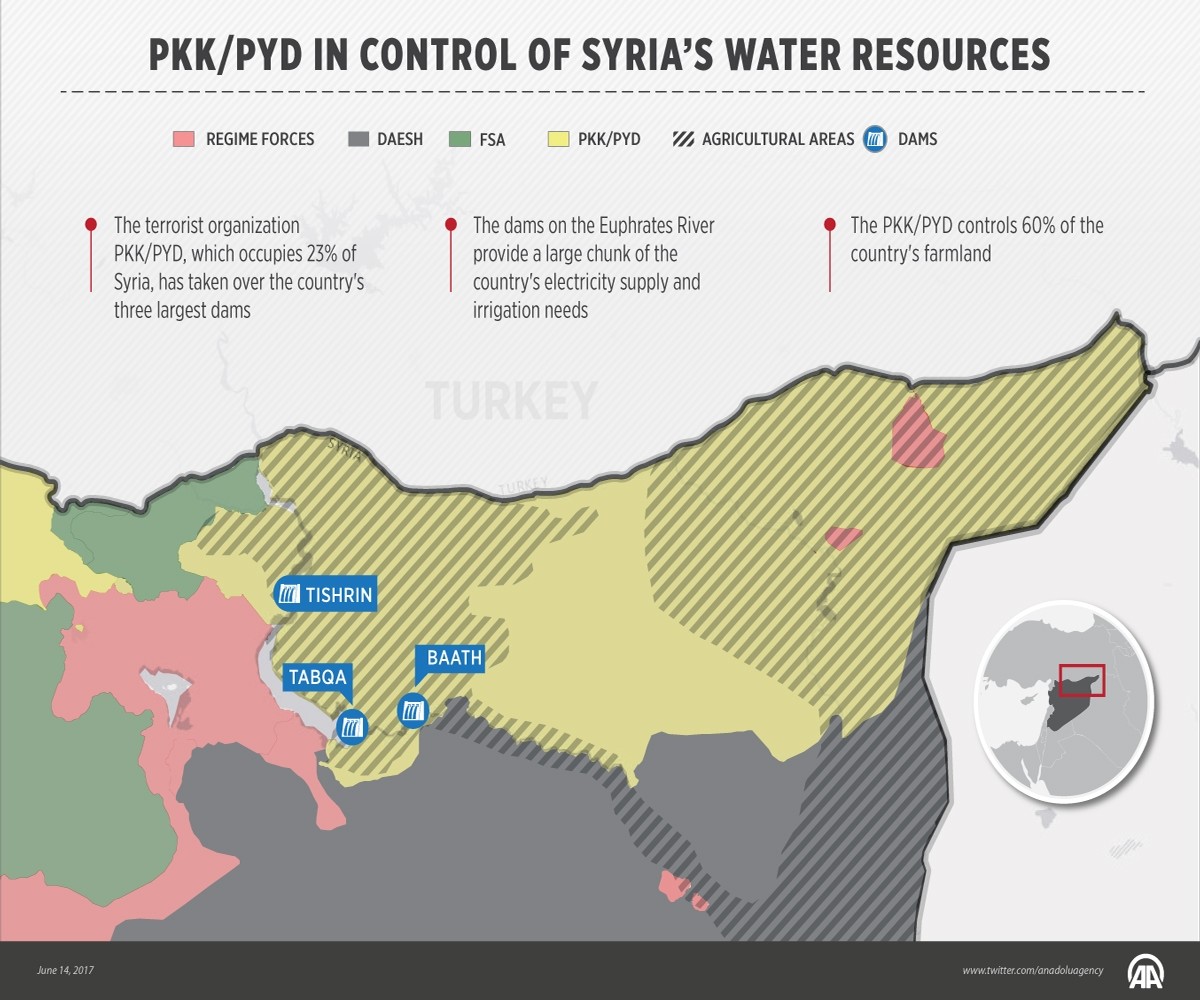 The PKK terrorist group's Syria affiliate, the Democratic Union Party (PYD) captured the three of the largest dams in Syria, where the terrorist organization already has invaded 23 percent of the country. The Tishrin, Tabqa and Baath dams, all built on the Euprathes River, have the capacity to provide the majority of the entire country's water and electricity supply.

According to information gathered from the Assad regime's Irrigation Ministry, the terrorist organization was able to reach the regions of critical importance in terms of water and electricity resources, as well as agricultural fields, thanks to these dams. The dams have the capacity to supply 70 percent of the country's water requirements.

A total 60 percent of the agricultural fields in Syria are also under the domain of the PYD.

The Tishrin dam, which was taken from Daesh in 2015, has storage capacity measuring 40 meters long and provides irrigation to Manbij and Kobani.

However, the Tabqa dam, captured recently last month, has a wide energy and irrigation infrastructure with its electricity production and storage basin that measures 60 meters long. It is the largest water reserve in Syria and has the capacity to irrigate all fields from Manbij and Kobani to the Iraqi border.

Baath is the latest dam captured one among them and has the capacity to produce energy up to 75 megawatts (MWs) for a year.

The regions in northern Syria lying along the Turkish border include al-Hasakah in the east, Raqqa to the south and Manbij and Afrin of Aleppo which are under the control of the PKK/PYD. The terrorist organization also invades 60 percent of the Turkish-Syrian border.

Turkey considers the PYD and its armed wing, the People's Protection Units (YPG), to be Syrian affiliates of the PKK, a proscribed terrorist organization according to the U.S., Turkey and the EU.