Turkey will respond to problems at their source, Erdoğan says 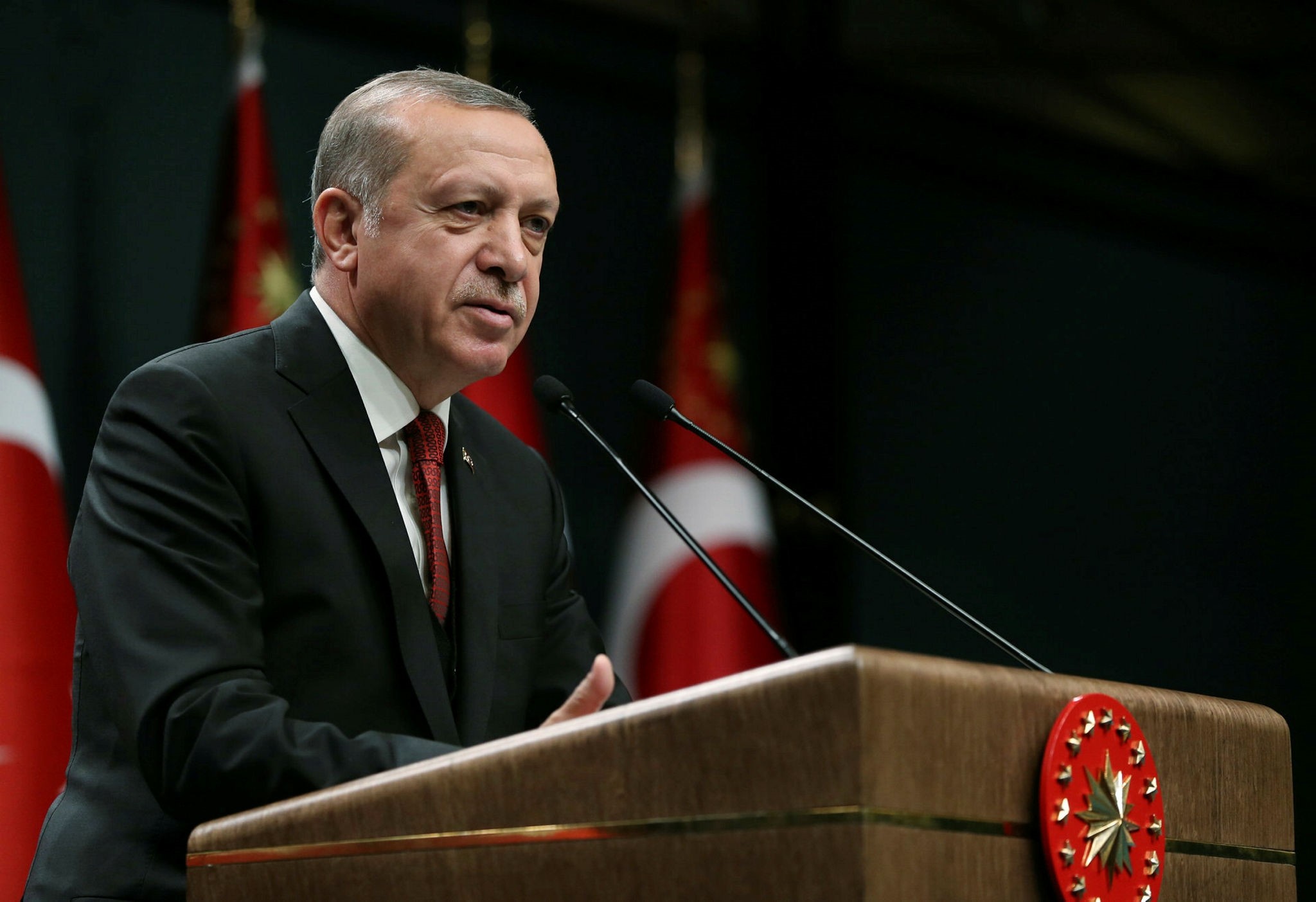 Turkey will respond to problems at their source, whenever it is necessary, President Recep Tayyip Erdoğan said Thursday.

Speaking at a fast breaking 'iftar' dinner for the state protocol in the capital, Erdoğan said that Turkey will take immediate action if it's security is at stake.

"From now on, Turkey will respond to problems at their source, whenever necessary" the president said.

Erdoğan also touched upon the brawl that happened during his last visit to Washington D.C. "The U.S. authorities have detained two protesters. They [U.S. authorities] have also issued arrest warrants for 12 of my security guards. If they are not allowed to protect me in the United States, why do I bring them there with me?" Erdoğan asked.

Slamming the U.S. for the detentions and the arrest warrants, Erdoğan said, "What kind of a law is that?"

"When they come here, they insist only U.S. security be responsible for the protection of their officials and they don't want our police to provide assistance. But when we go there, they want their police to replace our security personnel," he added, criticizing the double standards of the U.S.

"​We will initiate a legal battle against the arrest warrants for my security detail," Erdoğan added.