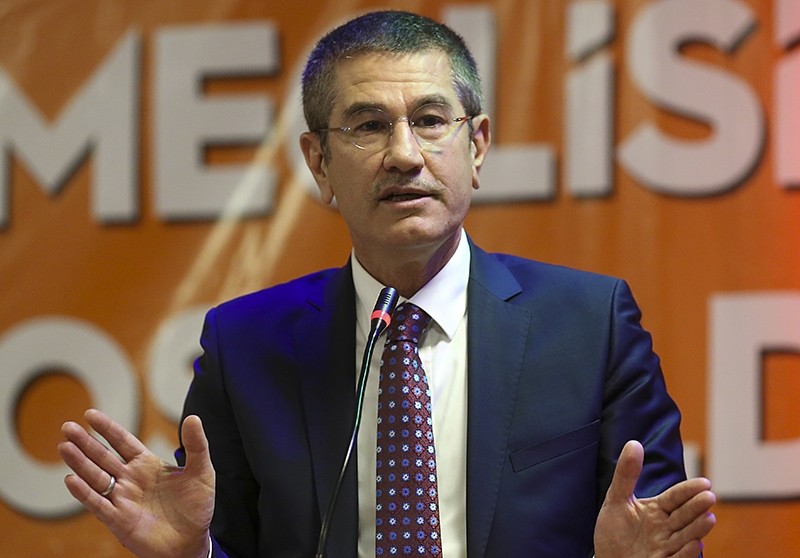 There are no active users of the Bylock mobile phone application among lawmakers and ministers anymore, Deputy Prime Minister Nurettin Canikli said on Tuesday.

According to Turkish authorities, Bylock was a suspected means of communication among members of the Gülenist Terror Group (FETÖ), which is accused of being behind the deadly defeated coup a year ago.

In an interview with CNN Türk, Canikli said only those rightly identified as being linked to FETÖ had been expelled from their posts, adding that this process would continue.

About whether FETÖ maintains a political extension, the deputy premier said there were now no active ByLock users among lawmakers and ministers.

"As of today, no active ByLock user has been identified and reported to us, including from among deputies and ministers," he said.

However, he said further action had been taken against some former members of parliament and organizations after "some trouble" was detected.

The deputy prime minister said more than 300 members of the ruling Justice and Development (AK Party) Party who held various positions within the organization had been expelled for their links to FETÖ.

Canikli also said some FETÖ members had left no trace behind, making it difficult to detect them.

"They trained and placed crypto personnel for special purposes without leaving any trace.

"We do not know them. They did not leave any trace, they did not study in their [FETÖ] schools, did not work in their associations, did not use ByLock and had no connection with Bank Asya.

"You cannot detect these people by applying the known criteria. [But] If you use special ways you can detect them," he said.

According to the government, FETÖ and its U.S.-based leader Fetullah Gülen orchestrated the defeated coup of July 15, 2016, which left 250 people killed and nearly 2,200 injured.