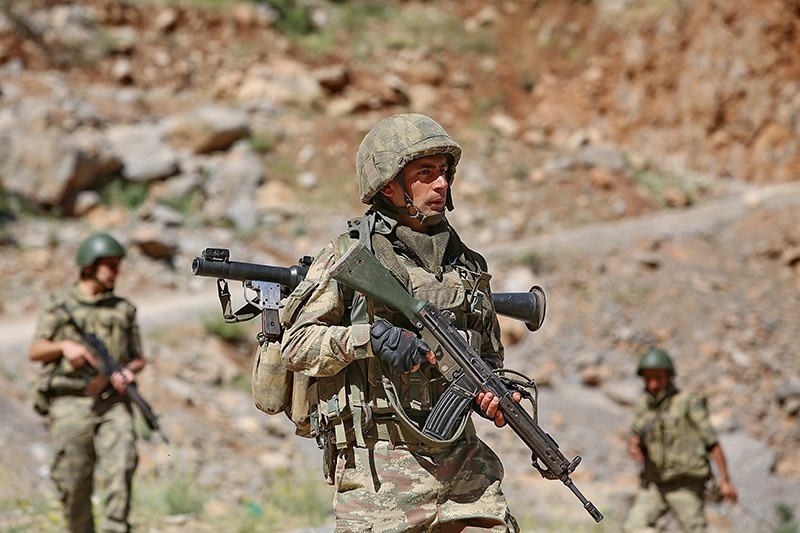 At least 30 PKK terrorists have been killed in air-supported counter-terror operations in Turkey's southeastern Hakkari province since June 17, a statement by the Turkish military said Wednesday.

According to the statement, the terrorists were preparing to carry out attacks and nine of them were killed Tuesday.

In Hakkari's Yüksekova district, the military destroyed gun emplacements, hideouts and caves used by the terrorists, killing one PKK member.

Meanwhile, security forces in Siirt have captured two PKK terrorists during clashes, and confiscated belongings of the terrorist in two hideouts.

In Mardin province, security forces found rifles, weapons, and an explosive made using 200 kilograms of ammonium nitrate, which was successfully destroyed.