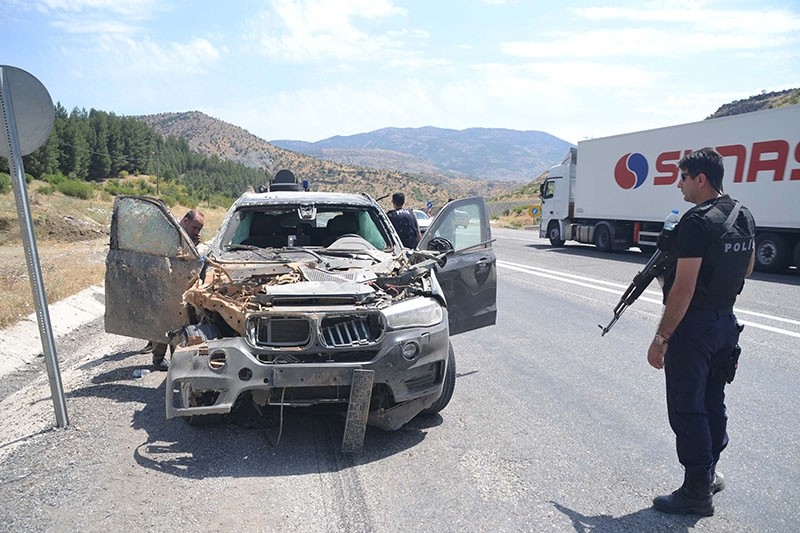 The district governor of Baykan district of Turkey's southeastern Siirt province was targeted in a bomb attack by the PKK terrorist group Friday, escaping the blast with minor injuries.

A bomb, which had been placed underneath the road, was detonated when the armored vehicle carrying district Governor Mehmet Kocabey and police officers assigned for his protection was passing by.

Kocabey was also assigned to be the mayor of Veyselkarani and Atabağ municipalities during an operation launched on pro-PKK Peoples' Democratic Party (HDP) municipalities.

Interior Minister Süleyman Soylu said an operation was launched in the area to catch the assailants, adding that such attacks would not "end [Turkey's] patience and determination" in the fight against the PKK.

The PKK resumed its armed insurgency against the Turkish state in 2015, reigniting a more than three-decade-long conflict that has left an estimated 40,000 people dead.