Turkish General in Washington: Fetullah Gülen is the perpetrator of the failed coup 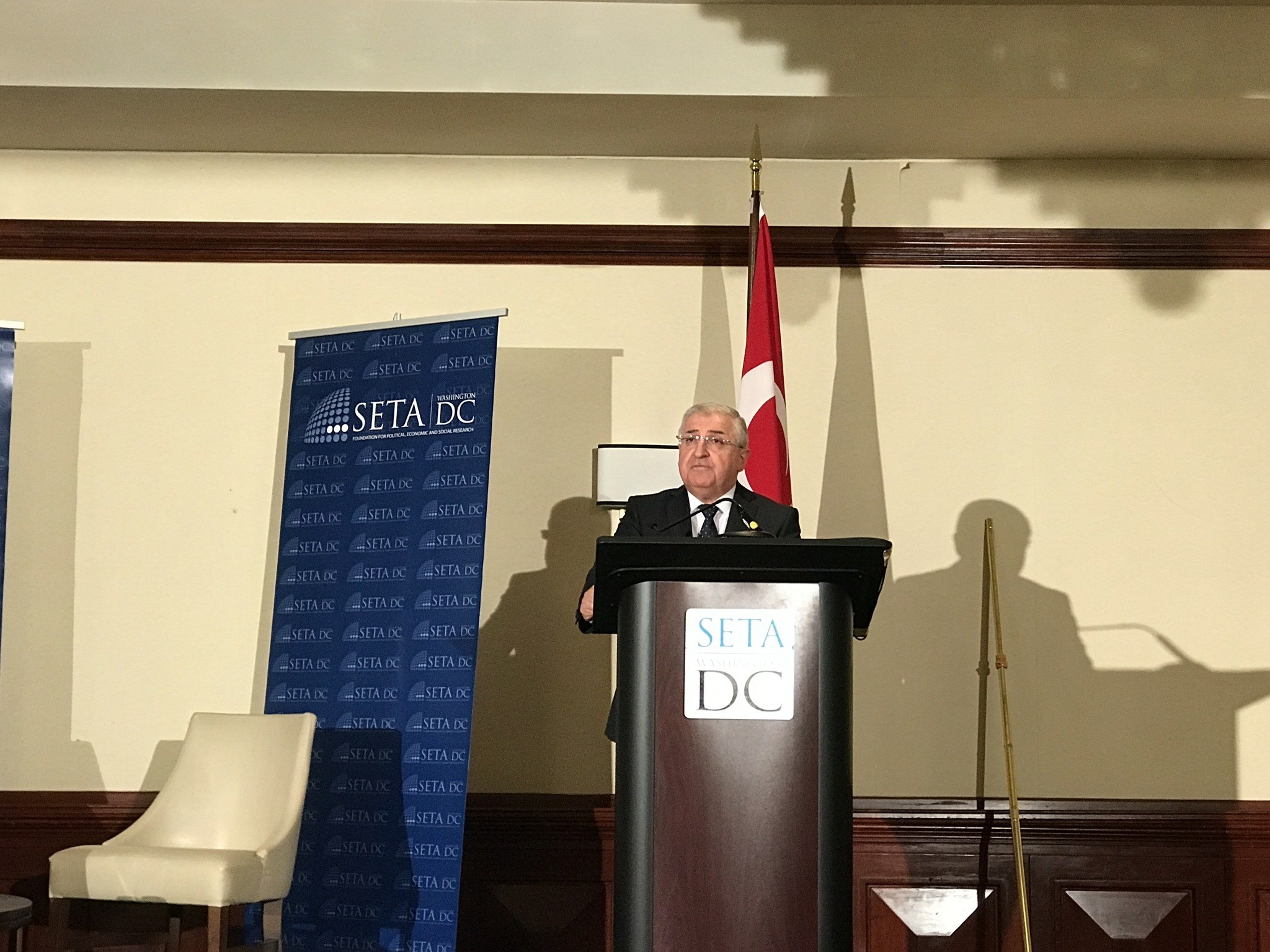 A top Turkish general who was abducted during last year's coup attempt in Turkey at gunpoint shared his firsthand account of the failed military takeover on Monday in Washington, underscoring the alleged role of the followers of Pennsylvania-based imam Fetullah Gülen in the uprising.

General Yaşar Güler, who was second in command of the Turkish military, now serving as the commander of the Turkish Gendarmerie Forces, explained in his keynote speech at a conference hosted by SETA DC that he was caught off guard by the attempt because there was no economic depression or political crisis in Turkey at the time that would require their attention.

"A minor group within the army wanted to create [such] belief so that military forces would mobilize and the coup would succeed.

This is probably the most critical point of the July 15 analyses. If one fails to interpret it correctly, we can neither realize that FETÖ is a radical terrorist organization, nor recognize July 15 as a terrorist act," Güler said.

"This coup attempt was plotted by this organization [FETÖ], and Fethullah Gülen is their leader."

Around 10 putschists with masks and military uniforms took Güler hostage last year, after a brief clash. "I witnessed treatment that could not be enacted by a Turkish soldier — even against enemy soldiers," he told the Washington audience.

The putschists killed and injured hundreds of civilians and security forces, but the debate on why or how the attempt was orchestrated is still a matter of debate.

Hakan Yavuz, a professor of political science at the University of Utah with multiple books on Fetullah Gülen and his network of followers, said the Gülenists were the perpetrators of the plot. Yavuz said Gülenists had been trying to take control of the government branches such as the judiciary and police force since the early 90s, and were the only group sizeable enough to organize such an attempt in the military.

"The argument that Gülenists allied themselves with 'Kemalist' officers isn't viable, because Gülenists would never ever even sit with the Kemalist officers, because they would hide their true identity at all times," he said.

Some analysts argue that the coup was led by Gülenists but opportunist officers were also involved, while some others say that some in the senior leadership basically did not know how to react to the orders coming from the military headquarters. Necdet Özçelik, a research fellow at the SETA Foundation in Ankara, argues that there were indeed opportunists who took part in the coup attempt, even though it was planned by the Gülenists.

General Güler also provided an account on the Gülenist network's means of establishing a presence in the military, and how they were able to conceal their affiliation.

"They open neighborhood houses, dormitories, schools and training centers for those joining them at a young age. [In this organization] everything is performed with instructions, ranging from which profession they would choose, to which institution they would work with and with whom they would marry... Along with this structuring model that it maintained for 40 years, FETÖ was able to place its members in all institutions from the lowest to the highest ranks," he said, using an acronym for the Gülenist Terror Group, given by a court for Gülen's network of followers.

General Güler commended the Turkish people's nationwide resistance against the putschists, and said that even if the perpetrators had been able to move as planned, the Turkish people would have still prevented a military takeover by opposing terrorist rule.

When the general was taken from the military headquarters in Ankara, he was put in a car to be taken to Akıncı Air Base, the epicenter of the coup attempt. As the car was moving out of the parking lot, a clash broke out between opposing factions.

"After the coup attempt was thwarted, they showed me the vehicle with bullet holes. I can easily say that we were miraculously saved," the general said.