44 terror suspects, including masterminds of PKK-linked attacks detained in Istanbul 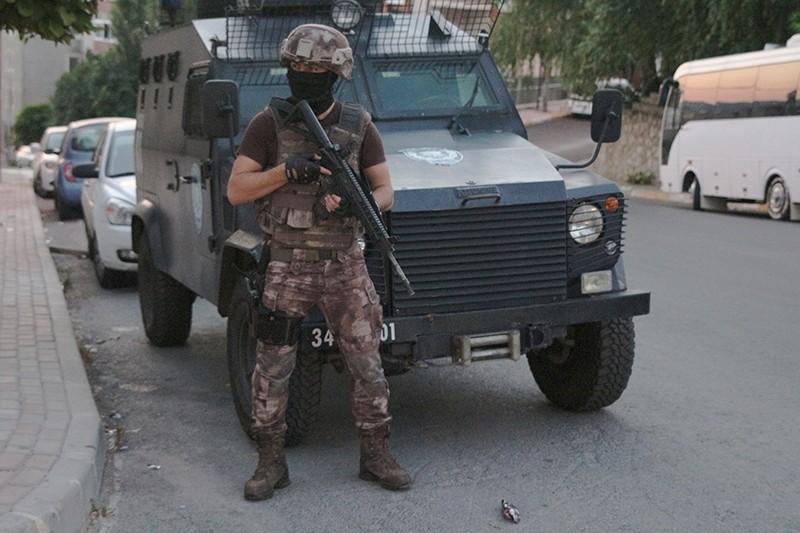 At least 44 suspects, including the masterminds of Vezneciler and Maçka park attacks by the PKK have been detained in Istanbul-based anti-terror operations carried out in four provinces, Istanbul governor said Thursday.

In a statement, Governor Vasip Şahin said that one of the suspects detained in the operations is the organizer of the terror attack Istanbul's Maçka park, who fled the vehicle shortly before the car bomb.

Two bombs -- one by a bomb-laden car and the other a suicide bomb -- exploded in a terrorist attack that occurred in Istanbul's Maçka Park outside Beşiktaş's stadium, Vodafone Arena, on December 10, 2016, killing 44 people and wounding 155.

The other suspect detained has been identified as the organizer of Vezneciler terror attack, Şahin added.

The terror attack by a bomb-laden car on a riot police vehicle in Beyazıt's Vezneciler area on the city's European side killed 11 people, including civilians and police officers, and left 36 people wounded and damaged nearby shops, vehicles and hotels. A PKK splinter group, the Kurdistan Freedom Hawks (TAK), claimed responsibility for the bombing.

Even though the group claims responsibility the recent deadly attacks, the PKK is believed to be the mastermind behind the plans.