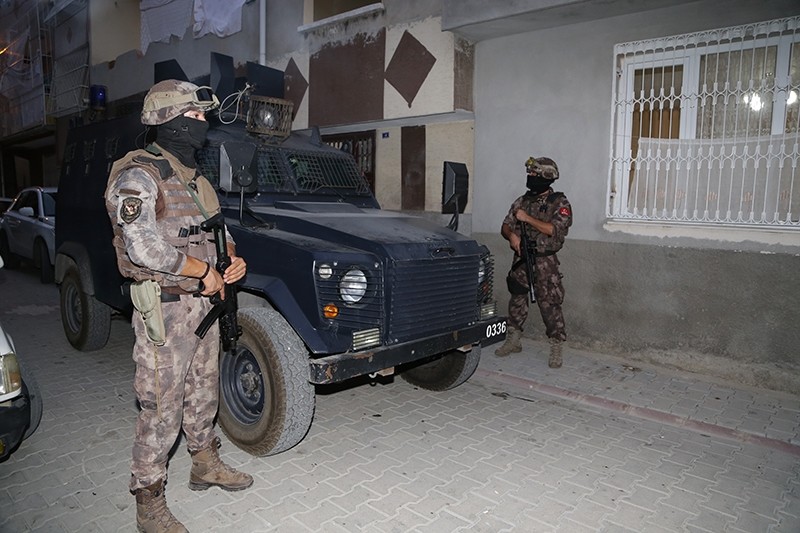 Police detained five suspects with links to Daesh terrorists in Konya province in counter-terror operations carried out in Turkey's southern Adana province, as crackdown into the terrorist group's network in the country continues.

The suspects were taken to the hospital for routine health check ups and were then brought to the police headquarter.

On Wednesday, five Daesh terrorists engaged in a shootout with police were killed in Konya, while 233 people were captured in nationwide operations.

The country has deported over 5,000 Daesh suspects, President Recep Tayyip Erdoğan recently said. The president said that Turkey also prohibited the entry of over 53,000 terrorist suspects and destroyed Daesh terrorists along the border, allowing 100,000 Syrians to return to their homes. "With Operation Euphrates Shield, we killed over 3,000 Daesh terrorists [in northern Syria]," Erdoğan said.