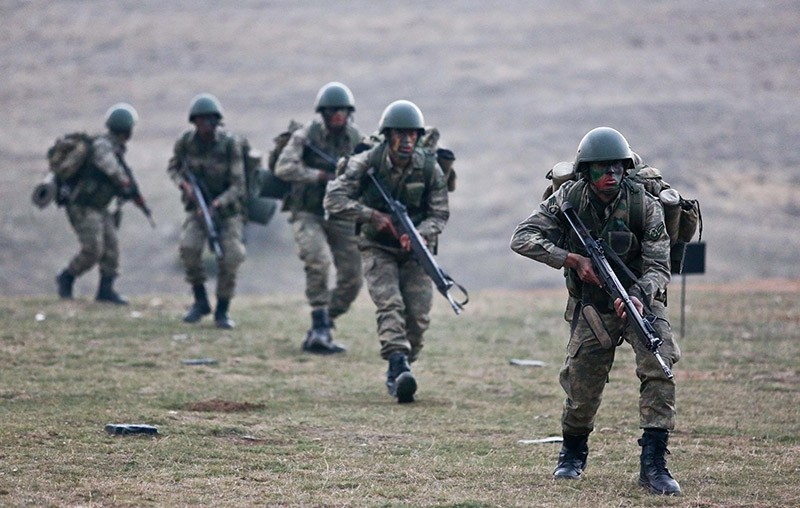 A total of 168 PKK terrorists were detained in anti-terror operations between July 10 and 17, according to a written statement released by the Interior Ministry Monday.

Police squads, gendarmerie units, and the Turkish Armed Forces (TSK) conducted 1,128 counter-terror operations against the PKK terrorist organization, during which 25 terrorists were killed, 2 were captured alive and 14 others surrendered.

A total of 33 heavy and long barrel weapons, numerous explosives, thousands of pieces of ammunition, 27 Improvised Explosive Devices (IEDs) were seized and 12 shelters and caves used by the terrorist organization were destroyed, the statement elaborated.

As part of the operations carried out against foreign terrorists, some 298 Daesh terrorist suspects and 895 people with suspected links to the Gülenist Terror Group (FETÖ) were detained, the statement added.

As part of the fight against irregular migration, 3,352 illegal immigrants and 54 organizers were captured.