FETÖ in US Terrorism Report for first time, mentioning its activities in Turkey 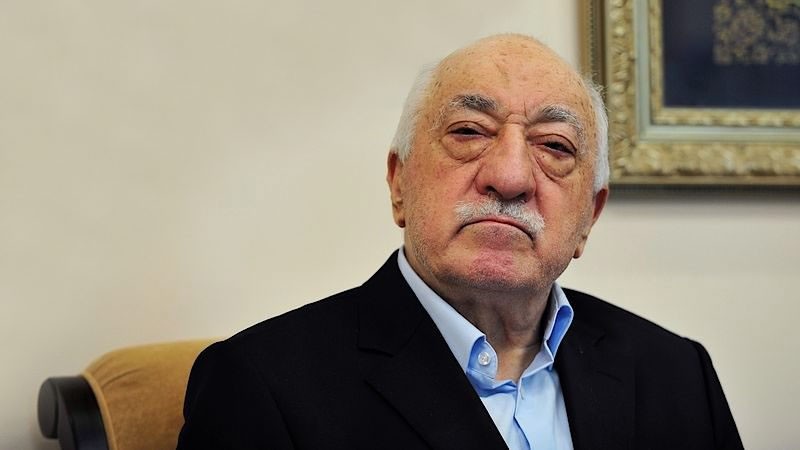 For the first time ever, the Gülenist Terror Group (FETÖ) has been included in a released report from the U.S. State Department titled "Country Reports on Terrorism 2016," which includes the terror group and cites its activities in Turkey, including the July 15 coup attempt.

The report states that on May 26, 2016, the Turkish National Security Council designated FETÖ as a terrorist group, also indicating that the Turkish government asserts that the Gülen movement planned and orchestrated the July 15 coup attempt which left more than 240 people dead and over 2,100 others injured and included attacks on the Parliament building.

"As of Nov. 22, more than 86,000 civil servants were dismissed from public service via government-issued state of emergency decrees following the coup attempt for their alleged affiliation with - or support of - FETÖ and, as of Oct. 8, authorities arrested nearly 35,000 suspects on charges related to affiliations with Gülen," the report said.

Meanwhile, presidential spokesperson İbrahim Kalın stated yesterday that it was important to see FETÖ in the report, though it was mentioned indirectly. "It is obvious what this terrorist organization did. The sad thing is FETÖ executes movements against Turkey by using Europe and Germany. We want these people extradited to Turkey, including their leader Gülen. These are our expectations for both Europe and the U.S. The fact that this guy continues to lead this terrorist organization from Pennsylvania is damaging our alliance," said Kalın, referring to the newly released report.

FETÖ is accused of being behind a long-running campaign to overthrow the Turkish state through the infiltration of Turkish institutions, particularly the military, police, and the judiciary, ultimately leading to the July 15 coup attempt last year. As a result of the failed attempt, 249 people died and more than 2,500 others were wounded.

U.S. authorities have yet to take steps to extradite fugitive FETÖ leader Fetullah Gülen, who has lived in self-imposed exile since 1999 in the foothills of the Pocono Mountains in rural Pennsylvania.

Despite that fact that Ankara has sent "85 boxes of concrete evidence" to U.S. judiciary officials about Gülen and his network's culpability in last year's botched coup, according to statements issued by President Recep Tayyip Erdoğan and other officials, no steps have been taken to bring the former preacher to justice.

Emphasizing that Turkey continues its struggle with a number of terrorist groups and foreign terrorist militants, the report listed some of the measured taken by Ankara in its fight against terrorism.

"According to data from the Interior Ministry, from Jan. to Nov. 23, 2016, authorities detained 3,089 individuals for links to Daesh, including 1,381 foreign nationals. Of those who were detained, it subsequently arrested 1,204 individuals, including 618 foreign nationals," the report said, also noting that Turkey is an active member of the global coalition to defeat Daesh, having launched numerous cross-border military operations including Operation Euphrates Shield in northern Syria, which Ankara describes as a successful effort to remove Daesh threats along the Turkish-Syrian border.

The PYD/YPG is part of the Syrian Democratic Forces (SDF) and is involved in the plan to capture Raqqa, having been supplied arms by the U.S.

Ankara considers the PYD/YPG to be the Syrian branch of the PKK, fearing that weapons being supplied to the group for counter-Daesh operations in Syria's Raqqa will ultimately fall into the wrong hands - those of PKK terrorists fighting Turkish security forces.

More than 1,200 people, including security force personnel and civilians, have lost their lives since the PKK - listed as a terrorist organization by Turkey, the U.S., and the EU - resumed its decades-long armed campaign against Turkey in July 2015.

The report also states that, overall, there was a 9 percent decrease in terror attacks worldwide in 2016, compared to the previous year.
Last Update: Jul 20, 2017 4:34 pm
RELATED TOPICS