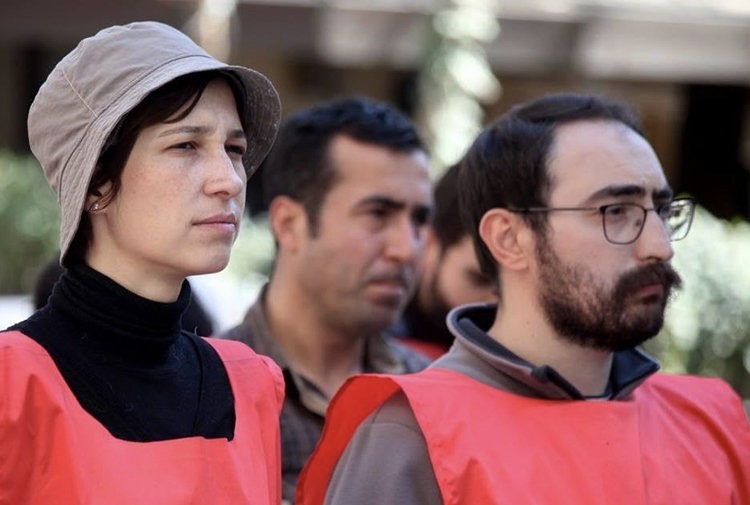 The European Court of Human Rights (ECtHR) in Strasbourg on Wednesday rejected the request of two educators detained on terror charges that the court order the Turkish government to release them from prison on health grounds.

The court said it was rejecting the requests of Nuriye Gülmen, 35, and Semih Özakça, 28, for interim measures as they were not facing 'an imminent risk of serious and irreparable damage to life.'

It also requested that the government allowed the applicants to consult doctors of their choice in the prison hospital and inform it of any developments.

The ECtHR also reiterated its request that Gülmen and Özakça call off their hunger strike and urged them to cooperate immediately and fully with the medical authorities.

The two, who are now on the 147th day of their hunger strike, are being accused of being members of the outlawed Revolutionary People's Liberation Party-Front (DHKP-C).

Gülmen and Özakça were arrested at the end of May on the 75th day of their hunger strike which they initiated in protest of their dismissals from their posts by state of emergency decrees.

They had first filed an application to the Constitutional Court to be released from prison, but their demand to be released was rejected. Following the rejection, they applied to the ECtHR.

Interior Minister Süleyman Soylu said earlier in May that Gülmen and Özakça are, indeed, DHKP-C supporters. Stressing that primary school teacher Özakça was dismissed due to charges varying from being a member of a terrorist group, destroying public property, spreading terrorism propaganda to injuring others, Soylu said that Gülmen has organic links to the DHKP-C and she was once caught with a group of militants in a police operation.