Former US envoy to Ankara: No doubt FETÖ is behind July 15 coup attempt 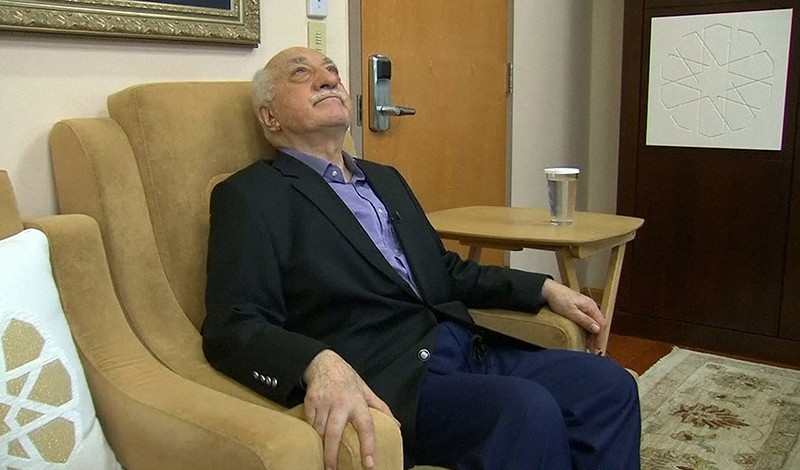 Despite the US administration's inaction on the FETÖ network, former U.S. envoy to Ankara James Jeffrey says there is no doubt the July 15 coup attempt was carried out by the cult's members

As one of the foreign diplomats who know Turkey best, James Jeffrey, who worked as the military and political undersecretary in Adana and Ankara in the 1980s, previously worked as U.S. ambassador to Ankara from 2008 to 2010. Jeffrey, who is also an expert on the Middle East, is among the first people who come to mind regarding consultation in Washington on issues related to Turkey.

The former envoy, who has continued his work at the Washington Institute since 2012, previously reported on the affiliations between the police and members of the judiciary who carried out the Balyoz (Sledgehammer) trials with Fetullah Gülen – the leader of the Gülenist Terror Group (FETÖ) – to the then President Barack Obama administration, in reports that were later exposed in WikiLeaks.

Drawing attention to himself, particularly with remarks in support of Turkey's position on Syria and the PKK's Syrian affiliate Democratic Union Party (YPG), Jeffrey, like many others, believes that the failed July 15 coup attempt was carried out by FETÖ members.

Equating the failed July 15 coup attempt to the U.S. experience of the 9/11 attacks and calling it a great tragedy, Jeffrey added that the obvious aim of FETÖ, which he calls a secretive group, was to destroy the democratic system and replace it with a secret organization.

Jeffrey advised that even if Gülen is not extradited, the U.S. administration must take concrete measures against the FETÖ leader and members of the group, highlighting that it is natural for Turkey to demand concrete steps from the U.S.

Jeffrey believes that with the new constitutional reform in Turkey, the administration will be stronger and internal conflict will be easier to overcome. He adds that as U.S. President Donald Trump's administration gains more experience, tensions between the U.S. and Turkey are expected to normalize. 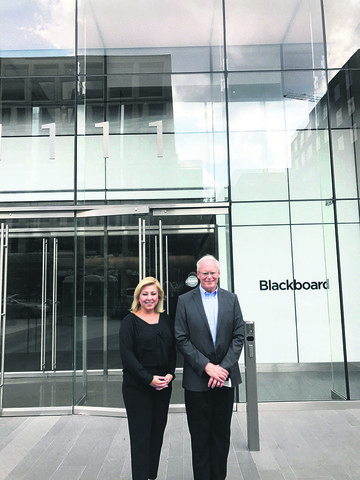 Şebnem Bursalı: You say openly that FETÖ carried out the coup attempt.

James Jeffrey: There is no doubt that the Fetullah Gülen group carried out the July 15 coup attempt.

Bursalı: You say this because you know Turkey and this group very well, but the U.S. administration does not seem to agree with you.

Jeffrey: I know this group very well. During my time as an ambassador in Ankara from 2008 to 2010, I could see that the Ergenekon investigations were more or less a warranted operation. However, the Balyoz case was, without a doubt, 100 percent unfounded. This was very clear. However, despite this, the members of FETÖ who had infiltrated the judiciary and the police set up a trap against General İlker Başbuğ and Ergin Saygun. These were very responsible individuals who had good relations with the government at the time. We also discussed the Gülen issue as part of our mission, too. My opinion and report was that this group was very dangerous for Turkey. I shared this with the administration in Washington. Beginning in 2010, the Gülenist group began its plots against the government using its members who had infiltrated state institutions.

Why don't we hear voices similar to yours coming from the U.S. administration?

In general, there are two reasons for this. First, the prevailing opinion within the U.S government is that FETÖ played a big role in the coup attempt. However, there is very limited detailed information on this within the U.S. government, since the Gülenist group is a very secretive group. That is the first problem. So far there has simply not been enough evidence.

The second reason is that the U.S. did not show timely reaction within the first hours of the coup. Why? This was due to the general style of the Obama administration. In other words, throughout the time that President Obama was in power, he never gave a quick response. This was the general situation. Unfortunately, he would contact many people and make late decisions.

I am sure that FETÖ is 100 percent responsible for this coup. However, the unclear situation stems from a lack of clarity on what role Gülen played in the coup. This is a secret group and Fetullah Gülen is the leader of this secret group. He conducts secretive communications and carries out his leadership in secrecy. As a result, it is not clear as of yet what happened or when it happened. In other words, we can say that there are a lot of hints but there are not any concrete documents. I do not know the content of the evidence that has been received from Turkey's Justice Ministry, as I have not seen the documents. As far as I know, our government is still evaluating them. The Turks know and our experience shows that, it is true, if there is an organization in Turkey, the Middle East or Europe, this group's leader is Fetullah Gülen. And, whatever decision this leader makes, the group will carry out that decision. I can say this very clearly from my personal experiences.

What needs to happen so we see the same clarity from the administration?

In the U.S., the judges' decisions are important. It has not been decided to move ahead only with evidence or hints leading to evidence. I believe a little more time is needed.

Gülen has been living in the U.S. for a long time and he has a green card.

Unfortunately the administration went against it at that time, but Fetullah Gülen has very good lawyers in his cult so they managed to get this card.

Is that why the administration cannot do anything to him, since he has a green card or are there no definite adjudication yet?"

Yes, because the adjudications in U.S. are definite. We are facing a judicial process now. Turkey demanded the extradition of Fetullah Gülen in accordance with the agreement between the U.S. and Turkey in 1982. The U.S. government will examine the court file and evidencs according to this agreement. This process continues. I advised them to oppress Fetullah Gülen and his cult in the U.S. The government responded: If, we would do this before the decision of the judiciary, they may claim that we are forcing the judiciary, interfering in the case and acting with prejudice. That is why the government acts a bit withdrawn.

As I understood, there must be a judicial decision first and this decision is being waited on. What is the procedure behind this and how long do we have to wait for a decision?

The Justice Department has not concluded its investigation yet. After the Justice Department concludes its own work, the judge will decide and in the U.S., the most important decision is the decision of the judge. By the way, without a doubt, the lawyers of Fetullah Gülen will also defend themselves. Then, lastly, the case will come to the State Department. Yet, in general, whatever the judge decides, that decision will be the one that is implicated.

I am asking the following question because you have also previously worked as an ambassador. FETÖ's number-two figure after Fetullah Gülen is Adil Öksüz, who was detained on the night of July 15 and was later released by FETÖ members in the judiciary, and now he is a fugitive. There is an interesting detail here. It was revealed that the morning after July 15, the U.S. Embassy had called Adil Öksüz, and when the embassy was questioned regarding this, they said the call was made to inform him on canceling his travel visa. We have not seen anyone receiving calls for visa cancelations. Do you think this is possible?

This is normal. If a reason emerges, if the Turkish government informs that this person is a wanted person or there are suspicions, then the visa is canceled and if possible, the person is informed.

However, the phone call was made to this person just hours after the coup attempt took place. Adil Öksüz was called even before his role in the coup plot was revealed by Turkish authorities and this information was not provided to U.S. authorities.

Look, the U.S. government didn't play any role in the coup attempt. And it doesn't have any knowledge about it. I don't know the details, but I know that the dismissal of his visa is a normal procedure.

Relations between Turkey and the U.S have been experiencing a rough time for a while. What can be done to change this?

Initially, the U.S. administration should take steps regarding Fetullah Gülen. This case is very crucial for Turkey. The coup attempt masterminded by Gülen is equated in Turkey with the tragedy we suffered in Sept. 11, 2011. It is a major trauma. For that reason, Turks are expecting a positive step, a response. I think it will be happen. But we should wait a little more.

Another problem is the Democratic Union Party (PYD) and the People's Protection Units (YPG), which are undoubtedly part of the PKK terrorist group. The PYD is the Syrian offshoot of the PKK. But at the same time, they are considered an effective military force against Daesh. That's why we are engaged in military cooperation with them. But it is a temporary, limited situation. In general, we are not forming state relations with this kind of organization because they are not a government or a country; instead this is an organization, a movement. For now, they are successful against Daesh and that is important for us. Because for the U.S., the biggest threat is Daesh. However, the same thing applies for Turkey against the PKK. The PKK is foremost a menace for Turkey and the [PYD] can help the PKK. For that reason, it is a very sensitive situation and we should be very careful.

Lastly, what is your comment on the future of U.S.-Turkish relations?

I believe with all my heart that relations will be slowly healed because very important events have occurred in Turkey. The constitution was changed, the administration became stronger. The situation will be more comfortable for Turkey, which is an important point. Additionally, President Trump and the U.S. administration looks to Turkey positively in a general sense. However, they were new and inexperienced, so they have made a lot of mistakes. They are gradually getting better. I believe the relations will improve thereafter because [the Trump administration has] more experience and a positive view of Turkey.