Terror groups have no future in Turkey, nothing positive for youth, Erdoğan says 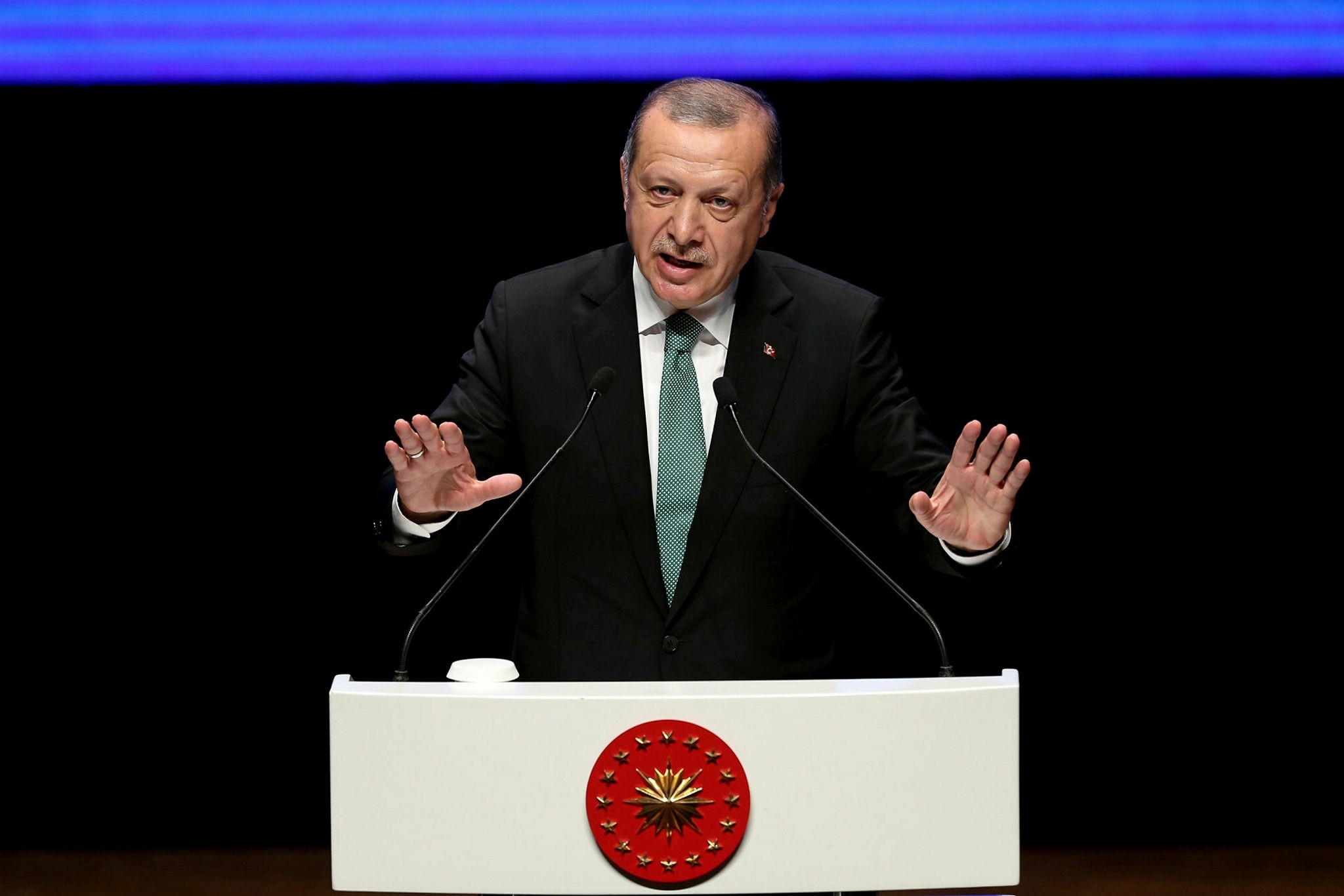 President Recep Tayyip Erdoğan said Saturday that terror groups such as the PKK have nothing positive to give to the youth, and thus have no future in Turkey.

Speaking at a summer camp program organized for teenagers from Turkey's southeast by the country's religious affairs body Directorate of Religious Affairs (Diyanet), Erdoğan criticized efforts to divide Turkey based on religious and ethnic differences.

"The aim of PKK is no different than that of [the Gülenist Terror Group] FETÖ," Erdoğan said, pointing to their mutual effort of destabilizing the country.

Erdoğan said the PKK is in no way protecting the rights of the Kurdish people and said they have no feelings for people. "They say: 'We are representatives of Kurdish people.' They lie… they urged people to take to the streets as soon as they got a little bit success on June 7 [2015] elections, and they led to the killing of 53 people," Erdoğan said.

Erdoğan gave the example of Yasin Börü, a 16-year-old Kurdish teenager who became a symbol of victims of PKK terrorism after being slain.

The killing of Yasin Börü happened in 2014 after a call by the Peoples' Democratic Party (HDP), which is known for its close ties with the PKK.

The HDP had called upon their supporters to take to the streets in support of Kobani, a predominantly Kurdish town in Syria, which was besieged by Daesh terrorists.

The protests quickly evolved into riots by pro-PKK groups targeting everyone they deemed to be Daesh supporters in the southeast, particularly conservative Kurds and Muslim charities, like the one the three victims had worked for. Börü, was distributing aid to Syrians who fled Kobani at the time of his killing.

The president also said the "separatist" terror group harmed children even more by "stealing our dreams and tearing their lives apart."

He noted the PKK was primarily targeting schools, dormitories and teachers in its attacks.

He said the terror group was breaking the ties of children with education and religion in order to turn them into slaves of its ideology.

"It is obvious that the purpose of the organization is to cut ties of our children in [Turkey's southeastern] the region with schools and mosques, to turn them into slaves, servants and robots of their own heretical ideology.

"Because they know that terrorism or terrorists cannot find shelter in mosques."