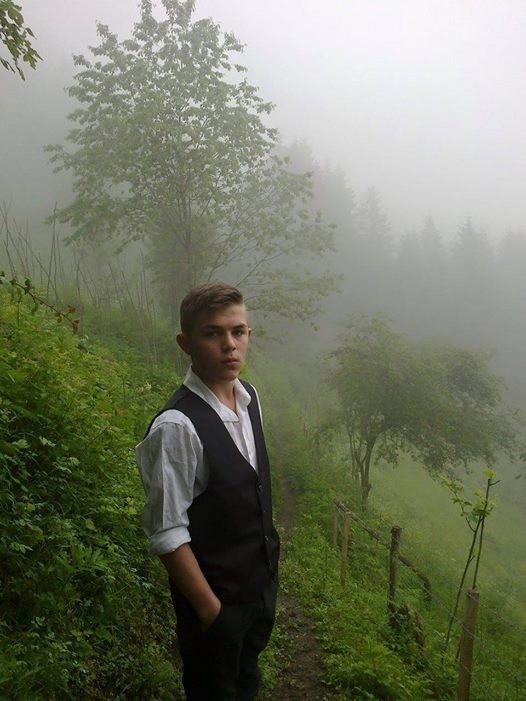 The death of Eren Bülbül, 15, who died from gunshot wounds sustained while he was helping gendarmes track PKK members nearby his house in Maçka last Friday, stirred the public's anger, as locals hung Turkish flags from windows and balconies to mark his death.

While the killing of a 15-year-old boy by PKK militants has united Turkey in condemning the terror group, it also made the country remember the hundreds of civilians who have become victims to PKK terror.

Eren Bülbül died from gunshot wounds sustained as he helped gendarmes track PKK members near his house in Maçka, a town 22 kilometers (14 miles) south of the Black Sea city of Trabzon, on Friday. Gendarmerie Master Sgt. Ferhat Gedik, 41, was injured in the same incident and later died as well.

Bülbül's funeral was held in the Köprüyanı neighborhood on Saturday after prayers at Maçka Central Mosque with hundreds attending the ceremony.

Locals hung Turkish flags from windows and balconies to mark the teenager's death, and a poster of Eren was also hung outside the town hall with the words: "Eren Bülbül, Maçka will never forget you. Our martyrs rest in peace."

Deputy Prime Minister Fikri Işık visited the hospital where Eren had been treated to express his condolences to the boy's family.

"You are so low as to fire a bullet at a 15-year-old boy," he said in a tweet. "I wish God's mercy to Eren Bülbül and Ferhat Gedik, who were martyred in the attack."

On Twitter, thousands of Turkish people posted messages commemorating Eren with the hashtag #iyikivarsınEren (means 'glad to have you' in Turkish).

NGOs, artists, businessmen and sport clubs all over Turkey condemned the terror and killing of the 15-year-old boy, in statements.

Football teams in the Turkish Super Lig will also come out onto the pitch with banners commemorating Eren and will stand in silence for one minute during the first week of the league on Saturday, Sunday and Monday, according to a statement of the Turkish Football Federation on Saturday.

The opposition Nationalist Movement Party (MHP) Chairman Devlet Bahçeli said on Twitter that PKK terrorists must be captured and annihilated wherever they are hiding, adding that to give up fighting against terrorism is an insult to the nation.

Bahçeli said on Aug. 12 that Turkey should wipe out terrorists and their leaders.

"Giving up the fight against terrorism without apprehending or taking the last PKK terrorist to the ground is an insult to the nation as well as the state," he said.

In another tweet regarding the death of Eren Bülbül, the MHP leader tweeted, "Eren, look at the millions chanting #ErenyikiVarsın (good to have you). Rest in peace our martyr."

The U.S. continues to actively aid PKK terrorists via the weaponry sent to Democratic Union Party (PYD) militants that ultimately ends up in the hands of the People's Defense Forces (HPG), the military wing of the PKK.