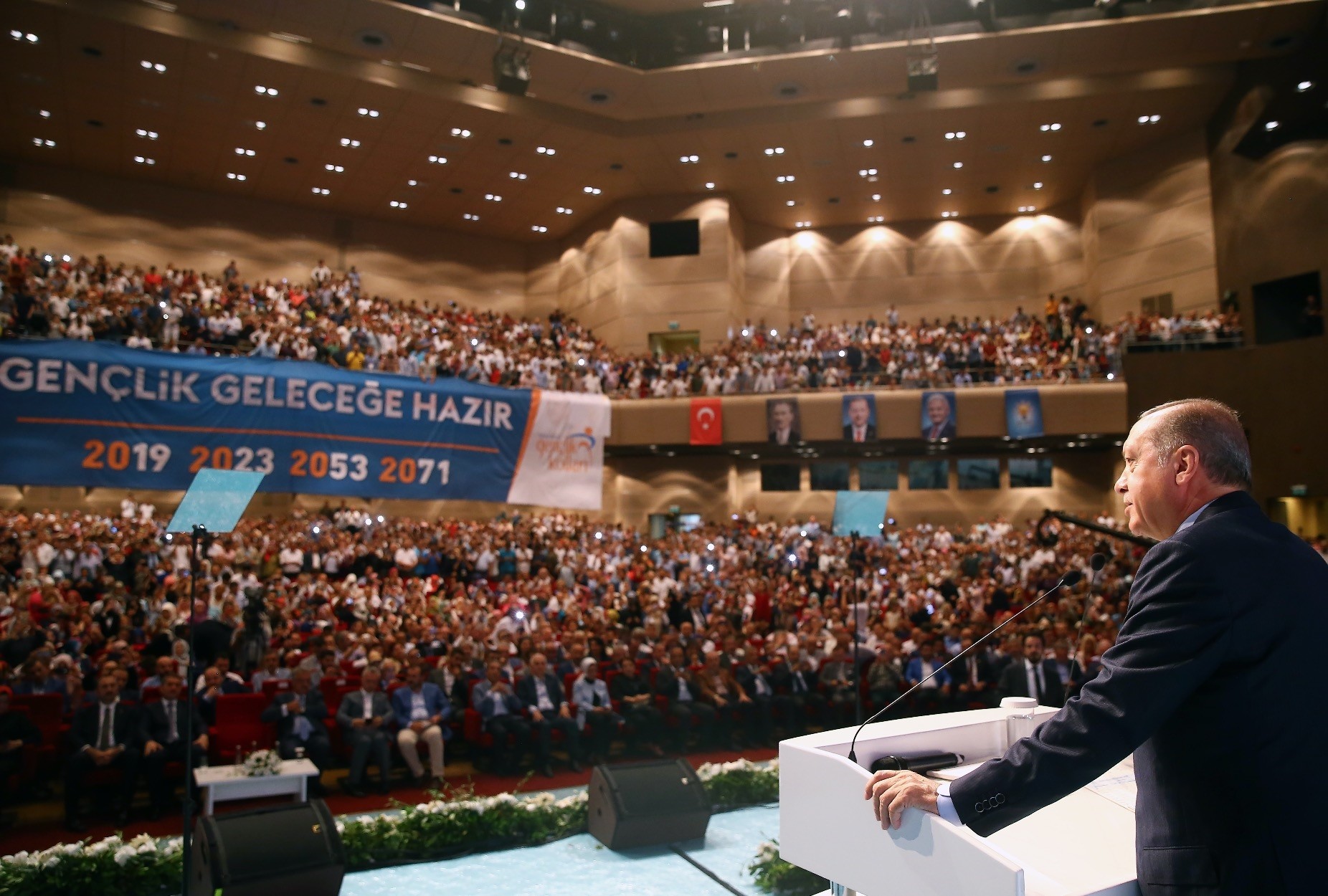 While Turkey shoulders total responsibility to fight the terrorism of different groups, be it Daesh, the PKK or the YPG, which all threaten stability not only in the region but also in the world, its Western allies fail to act in solidarity, Ankara said

Ankara has criticized its Western allies for their lack of support in Turkey's battle against terrorist groups like Daesh and the PKK.

It said that while Turkey, a NATO member, continues to pay the highest price of the instability caused by terrorist groups in the region, Western countries have instead chosen to partner with the PKK's Syrian offshoot the People's Democratic Union (PYD) and its armed wing the People's Protection Units (YPG) to fight Daesh.

"Unfortunately, while Turkey was being targeted by Daesh, these states did not move a muscle. We had to fight it [Daesh] alone. They did not even share intelligence with us. Operation Euphrates Shield exposed the West's games in the region," said President Recep Tayyip Erdoğan at a Justice and Development Party (AK Party) event in Istanbul yesterday.

He added that the West's partnering up with other terrorist groups to fight against Daesh was only a way of hiding their agenda of redesigning the regional roles.

"The countries that pretend to be our allies, despite knowing that there is no difference between the PKK, PYD and YPG, keep lying to us," said Erdoğan criticizing the U.S.'s cooperation with the Syrian Democratic Forces (SDF), which is led predominantly by the YPG.

Since the beginning of the Syrian Civil War in 2011, while Turkey has faced an influx of refugees from Syria, it has also been under attacks from Daesh terror group, as well as the PKK terror organization and its Syria affiliate the Democratic Union Party (PYD) and its armed wing People's Protection Unit, (YPG).

"Anyone who examines the power distribution in Iraq and Syria will clearly see the target of this game," he added.

Erdoğan said: "Anyone who is flexing muscles in the region today will go back when the work is done. However, we will stay in this land long after that. It will be Turkey, not these countries, who will engage in a long and bloody battle against the establishment of terrorist groups along its borders. For them, the aim may be political but for us, it is a matter of sovereignty."

Meanwhile, Prime Minister Binali Yıldırım said early yesterday that Turkey, which has been simultaneously threatened by several terrorist groups, pays the high price of instability in the region.

"Unfortunately, each and every terrorist organization takes control over from the other and there is serious instability," Yıldırım said during a news conference at Ankara's Esenboğa Airport ahead of a visit to Singapore and Vietnam, adding that the innocent people who live in these places and Turkey pay the price for this.

The prime minister noted that Turkey is constantly threatened by terror due to its neighbors in the area, while he added that just this morning five suspected Daesh terrorists who were trying to illegally cross the border were captured by security forces. Turkey would respond to any threats in terms of border security, the people's safety of life and property 'without hesitation', he said.

Ankara has been criticizing the U.S. administration for partnering with the SDF, which is dominantly led by the YPG. The presence of the YPG in northern Syria, the group which aims to establish an autonomous region south of Turkey, constitutes a national security threat due to its organic links to the PKK terror group. The PKK is also recognized by the U.S., the EU, and Turkey, while the YPG is only recognized as a terror group by Turkey.

Asked about the Russian and Iranian military and diplomatic authorities frequently visiting Turkey, Yıldırım said, "We are working together to ensure a lasting peace in Syria. Our purpose is to make the temporary truce permanent." Ankara-Moscow ties were strained after a Russian jet was downed in Nov. 2015 by the Turkish military, however, the relations have been nearly fully restored after the bilateral steps taken by both the Turkish government and also the Kremlin.

"For Syria's future and their people to return to their homelands, there is nothing more normal than Turkey contributing to solutions that they should closely be following," he said.

Turkey and Iran, along with Russia, are the brokers for the Astana peace talks on Syria. At the latest round of talks in May, the three countries announced plans to establish "de-escalation zones" throughout the war-ravaged state. Ankara, Tehran and the Kremlin have recently ramped up joint efforts to find a way out in Idlib after the United States signaled an offensive on the town on the grounds that it has become home to al-Qaida-affiliated groups. The Turkish and Iranian military chiefs in their meeting in Ankara earlier this week reportedly shook hands on a joint de-escalation zone mechanism in Idlib, which would also include the Russian military, high-level sources told Daily Sabah last week.

Following the unprecedented visit by the Iranian Chief of Staff Gen. Mohammad Hossein Bagheri, the Russian chief of staff Gen. Valery Gerasimov will now pay a visit to Turkey in the near future, Foreign Minister Mevlüt Çavuşoğlu said on Wednesday.

Yıldırım is expected to visit Singapore on Aug. 21-22 and Vietnam on Aug. 22-24, marking the first visit of a Turkish prime minister to the country. The prime minister will be accompanied by ministers and business figures to attend business forums organized by Turkey's Foreign Economic Relations Board (DEIK) in cooperation with the Ministry of Economy. Yıldırım will return from his visit to Singapore and Vietnam Thursday.